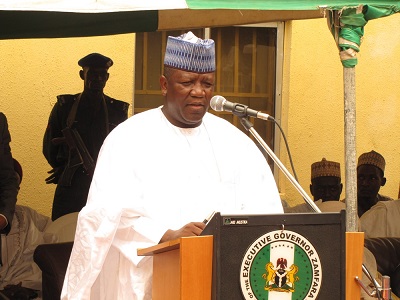 The Nigeria Governors Forun, NGF is set hold an emergency meeting on Wednesday night in Abuja to deliberate on the N30,000 Minimum Wage being demanded by the Organised Labour.

Last week, the Tripartite committee on Minimum Wage submitted its report to President Muhammadu Buhari where it is believed that the N30,000 minimum wage being demanded by labour had been granted.

However, President Buhari denied that he had approved N30,000 as the new minimum wage as being speculated in the media.

Meanwhile, it is expected that the meeting, which will be presided over by the Governor of Zamfara State, Alhaji Abdulaziz Yari, will take a definite stand on the amount the governors will be able to pay as minimum wage to avert a strike by the organised labour.

Recently, the governors had said they could only pay N22,500 as a  minimum wage.

But some States, such as Rivers and Edo have said they could pay the N30,000 new minimum wage.