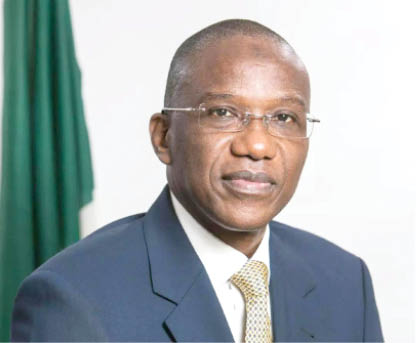 The managing director of the Asset Management Corporation of Nigeria (AMCON), Ahmed Kuru, says it is worrying that the chronic debtors that are behind the over N5trillion debt burden are ministers and members of the national assembly.

Speaking on Wednesday at the July 2019 edition of the Breakfast Meeting, organised by the Nigerian–American Chamber of Commerce (NACC), Kuru said the corporation is making plans to produce a full-length television documentary of notorious debtors.

The AMCON MD said the idea was to document in a permanent format for generations yet unborn to know the so-called big men and women that are behind the over N5trillion debt burden, which AMCON is battling to recover.

The worrisome aspect of the issue, he said, unlike what happens in other clime is that these obligors still manipulate their way to emerge as members of the national assembly, ministers, chairmen and women of big organisations and pro-chancellors of universities.

“Sadly, these are the calibre of people we respect in Nigeria but these people are not role models. How can you be a role model when you cannot honour a simple obligation?” he said.

That is why I have been consistent in the call for the return of the failed bank act. The way we are handling the issue in the country suggests that we are encouraging a lot of financial rascalities.

“These are men and women who go to banks borrow monies with no intention to pay and in the process bring down banking institutions. It takes a lot for a bank to fail. AMCON just rescued Skye Bank with an investment of nearly N1 trillion.

“As AMCON, we have no power to arrest these ‘powerful’ people as we depend largely on judicial processes to recover and we all know the slow pace of judicial processes. We now want to go a step further by working with the ICPC and the EFCC, which will enable us to go investigate the credit processes.”