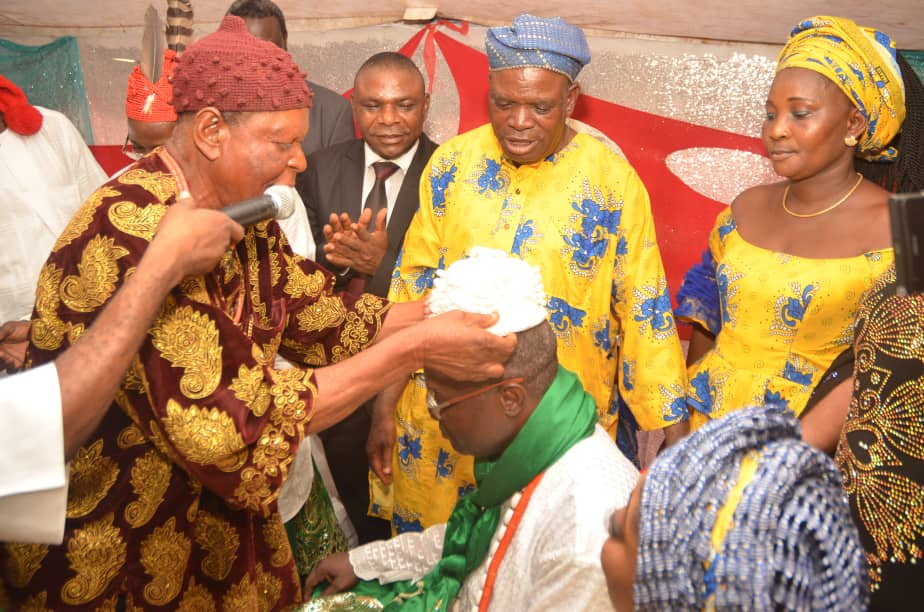 The Association of Akwa Ibom and Cross Rivers states indigenes resident in Lagos have announced its support for Chief Owolabi Salis, the governorship candidate of the Alliance for Democracy (AD) in the forth coming governorship election.

The minority group made the pronouncement at its 2018 Akwa-Cross conference tagged creating a sense of belonging to minorities in Nigeria held at Surulere in Lagos.

Chief Salis who was also honoured with the Abai (the pillar) of Akwa-Cross chieftaincy title at the event delivered a lecture entitled “achieving unity and creating a sense of belonging in diverse Nigeria,” where he talked the importance of absolute integration in the development of the nation-state and Lagos most importantly.

His lecture explained how the practice of true federalism can be used to check the marginalisation of minority groups in the country and in Lagos.

He further highlighted the importance of the minority group in the development of the economy of Lagos and state especially; and emphasised that secession of any group in the country will do a great havoc to the entire black nations of the world.

He highlighted some ofthe problems of the marginalised minority groups to include inability ofNigerians to live freely in any state of their choice except Lagos and fewother places which is often caused by political violence, election rigging, badcampaigns, unattainable political promises, excessive political tension anddestructive criticism amongst several others.

Speaking with journalists, Cheif Salis who was honoured with the title of Obong of Akpasilas (King of Uyo) eight years ago expressed gratitude towards the Association of Akwa-Cross Indigenes in Nigeria for recognising his contribution to the development of Lagos and honouring him again.

Barrister Silas Udoh who also delivered a speech at the event, spoke extensively on creating a sense of belonging among the minority groups in Nigeria said there is a need for the government of the day to show sincerity in its projects in minority states and also consider them for important public offices which will invariably develop such areas.

Chief Salis has immensely contributed to youth development in Lagos, having trained not less than 5,000 youths in Ikorodu alone, Surulere, Mushin local government areas not included.