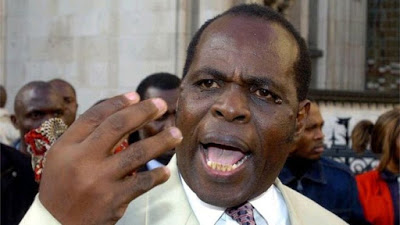 The UK has extradited a self-styled Kenyan pastor, who claimed he created miraculous pregnancies, to Kenya to face child-trafficking charges.

Gilbert Deya’s extradition came after he failed in his decade-long legal battle to remain in the UK.

He denied charges of stealing five children between 1999 and 2004 when he appeared in court in Nairobi.

Concerns were first raised about the conduct of Mr Deya, who ran a church in London, in a BBC investigation in 2004.

Infertile or post-menopausal women who attended the Gilbert Deya Ministries church in Peckham, south-east London, were told they could have “miracle” babies.

But the babies were always “delivered” in backstreet clinics in Nairobi, Kenya’s capital.

Mr Deya later moved to Scotland, and was arrested in Edinburgh in 2006 under an international arrest warrant issued by Kenya.

His Gilbert Deya Ministries is being investigated by the UK Charity Commission for alleged mismanagement.

“Our statutory inquiry into Gilbert Deya Ministries is ongoing. We are currently considering the implication of Gilbert Deya’s extradition on our investigation,” the commission said in a statement