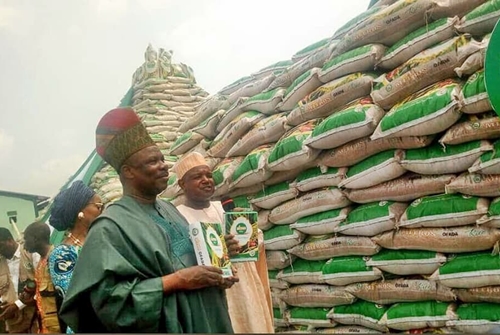 The Agricultural Production and Industrialisation policy of the Ogun State Government, one of the five cardinal programme of the Senator Ibikunle Amosun led administration, has yielded another landmark result, with the launching of the MITROS rice.
The unveiling of the rice was performed by the Presidential Task Force on Agricultural Commodities and Production, led by its Chairman, the Governor of Kebbi State, Alhaji Abubakar Atiku Bagudu.
The MITROS rice, made up of the Nerica 8 and Faro brands, are the short and long grains, planted, harvested, processed and packaged, exclusively by the Ogun State government and small holder farmers in the Gateway State. 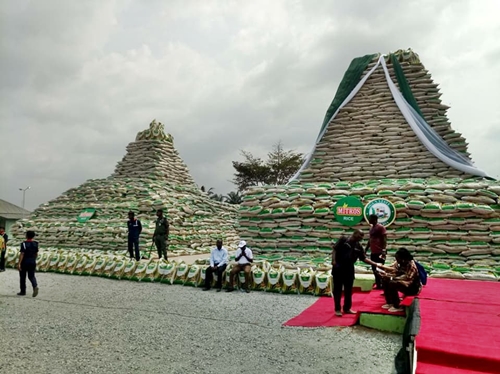 Amosun, speaking at the event, said the rice is ready for sale from this festive period, in all the Local Governments and Local Council Development Areas of the State, at affordable prices, ranging from N1,000.00 to N11,500.00.
He added that his government would continue to partner with other state governments and private partners, adding that “we don’t only want to be known as the industrial hub, but also the Agricultural hub of the nation”.
The Governor said the step is to restore the culture and heritage the state is known for, in the production of the famous Ofada Rice. 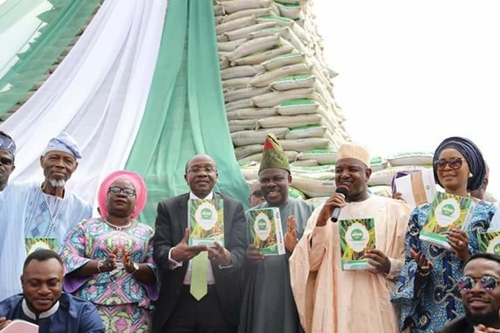 His government, he added, is in tandem with the economic growth plan of the Federal Government on agriculture, in that “as a nation, we must grow what we eat and consume what we produce.
“We have established three processing mills in each Senatorial District of the State; Sawonjo area in Ogun West, Asero, Abeokuta in Ogun Central and Ijebu North East in Ogun East, to ensure easy access to processing mills by our local farmers, and also to ensure quality assurance of the product”, he added. 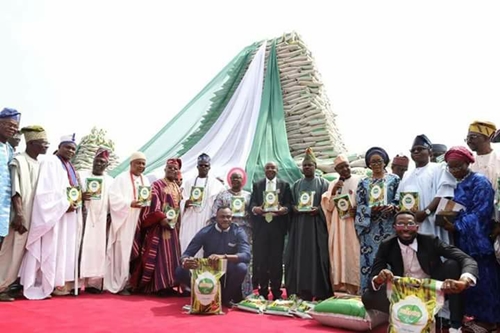 Governor of the Central Bank of Nigeria (CBN), Mr. Godwin Emefiele, expressed his delight in the Ogun State Government’s giant strides in rice production and ensuring food security among its people.
Emefiele assured of the CBN’s continued support to grow the Agricultural sector, as he emphasised that it will provide food, jobs and grow the country’s economy. 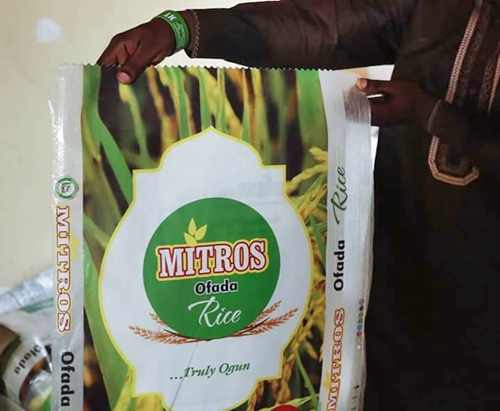 Also speaking, Bagudu said Nigeria has the ability to produce rice, with which it can achieve as much as crude oil, congratulating the Ogun State government for leading in the South West.
In her welcome address, the State Commissioner for Agriculture, Mrs. Adepeju Adebajo, said the MITROS rice was borne out of the vision of the state government, towards ensuring food sufficiency in the State. 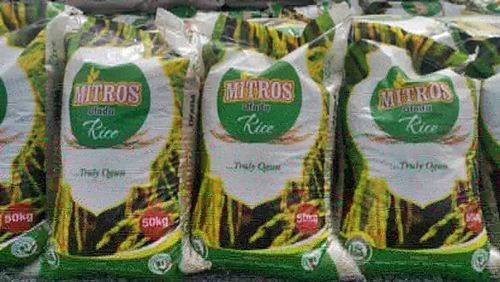 Adebajo, while appreciating specially the local farmers, enjoined all to patronise the MITROS Rice to encourage locally made products, which would in turn, help the nation’s economy.
Mitros Rice: Ogun State Launches Its Own Rice was last modified: December 22nd, 2017 by Arinze Ago

FIFA names Germany Best Team In 2017 Ahead of Brazil, Portugal