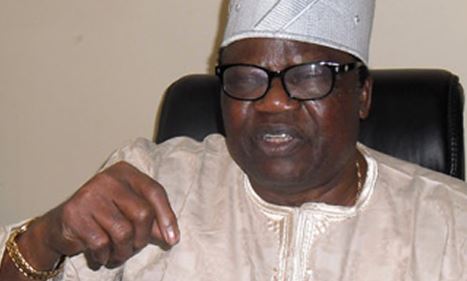 A national leader of the All Progressives Congress, APC, Prince Tony Momoh, has revealed why Yoruba leaders are “a disgrace.”

The former Minister of Information said leaders of Afenifere, a Yoruba socio-political organization, who promoted True Federalism, abandoned the cause when the opportunity came to execute it during the administration of former President, Olusegun Obasanjo.

Speaking with the Independent, Momoh said, “Afenifere has been a leading light in the South West and in this area. I accused them in one of those years when they were celebrating June 12 in 2005. I said that they are a disgrace.

”I said there was a programmed on restructuring which they called The Yoruba Agenda. In 2005, they went to the Constitutional Conference convened by Obasanjo.

“In that year, I wrote ‘To Save Nigeria, Let’s Talk’. I sent 400 copies to the conference. Do you know that when Afenifere leaders got there, Obasanjo as president then told the governors of the South West who were mainly PDP to forgo the Yoruba Agenda and they abandoned it.”