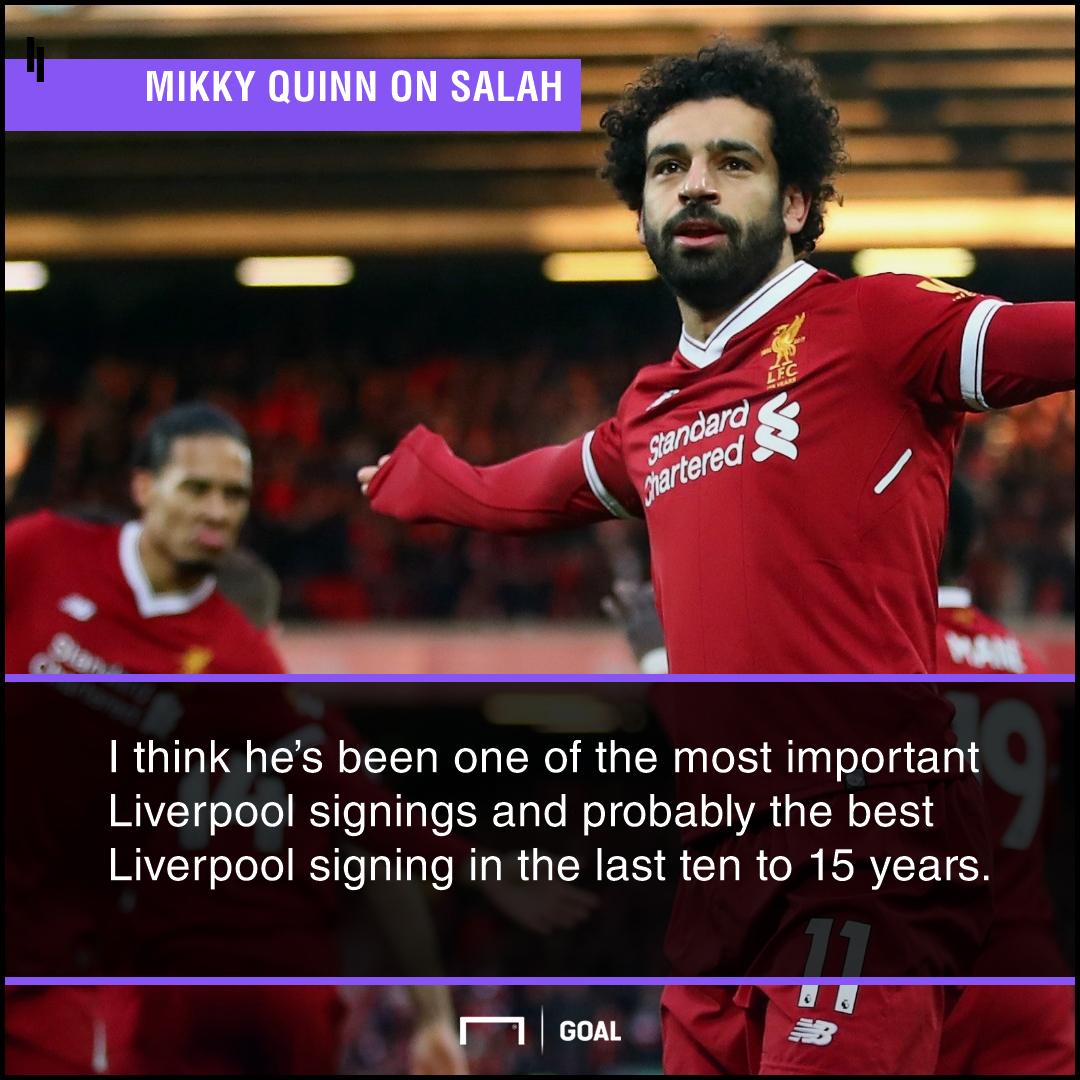 Mohamed Salah set a new Premier League scoring record as Liverpool sealed a place in next season’s Champions League with an emphatic victory over Brighton yesterday.

Salah was the centre of attention as he was feted on his side’s home pitch after the match. There was the Golden Boot for Premier League’s top scorer to be presented, the club’s player of the year trophy too. The forward was clearly moved, and he shared the moment with his wife and young daughter.

Some doubted his ability to perform in England following his disappointing spell at Chelsea, but the goal that broke the Premier League record was his 44th in 51 games for Liverpool in all competitions this season.

Perhaps that total is what Salah was thinking of when he was taken off just before Liverpool’s fourth, visibly disappointed.

He left with Brighton at their most vulnerable, weary and exhausted from an afternoon living on their nerves against Liverpool’s attack.

But with the Champions League final against Real – winners of the past two tournaments – to come, the biggest piece of silverware is still to be settled.