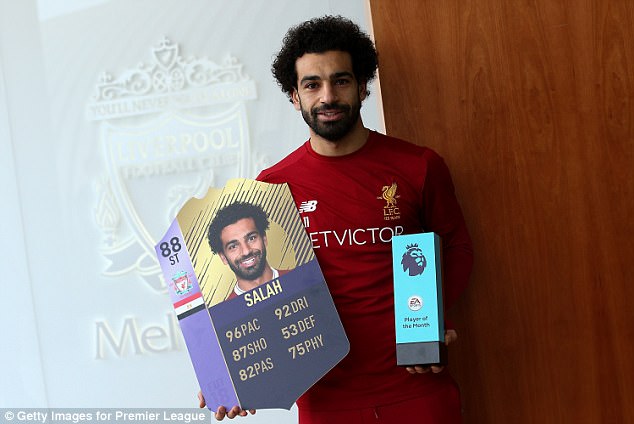 Egyptian international, Mohamed Salah has won the Professional Footballers’ Association Player of the Year award for 2017-18.

“It’s an honour and especially as it’s voted by the players. I am happy and proud,” Egypt international Salah said.

“I didn’t have my chance at Chelsea. It was clear I would return and show everyone my football. I think I left and came back a different person, man and player.”

Liverpool boss Jurgen Klopp said he was “happy to have the opportunity” of being Salah’s manager and added it was an “unbelievable honour” to win the award.

“It’s been a fantastic ride but we still have games to go,” Klopp said. “But please grab the trophy and come home. We play on Tuesday!”

READ ALSO: WHY I DECIDED TO QUIT ARSENAL – WENGER

10 Key Things To Do To Move NIGERIA Forward