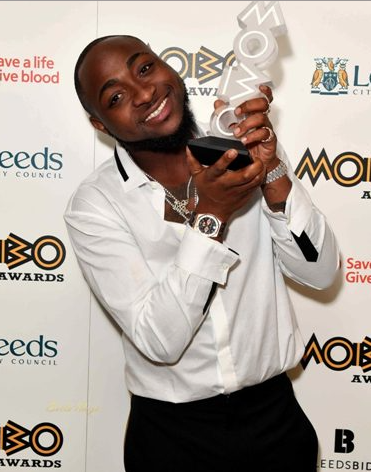 Nigeria’s Afro-pop singer David Adeleke, a.k.a Davido has won the “Best African Act”, at the 2017 edition of the prestigious Music of Black Origin (MOBO) Awards.

The 22nd MOBO Awards was held on Wednesday night at the First Direct Arena in Leeds, United Kingdom.

Nigeria’s star boy, Wizkid who did not disappoint his fans also won the Best International Act, beating top artists like Drake, SZA, Cardi B, JAY-Z and Kendrick Lamar, among others.

Dave emerged as the “Best Newcomer” edging out Jorja Smith, Kojo Funds, Stefflon Don, Yxng Bane, and others while
“Best Song” went to J Hus for his chart-topping song titled “Did You See.”

NAN reports that MOBO Award show is held annually in the United Kingdom to recognise artists of any ethnicity or nationality performing black music.

Tinubu has informed me what I wasn’t aware of