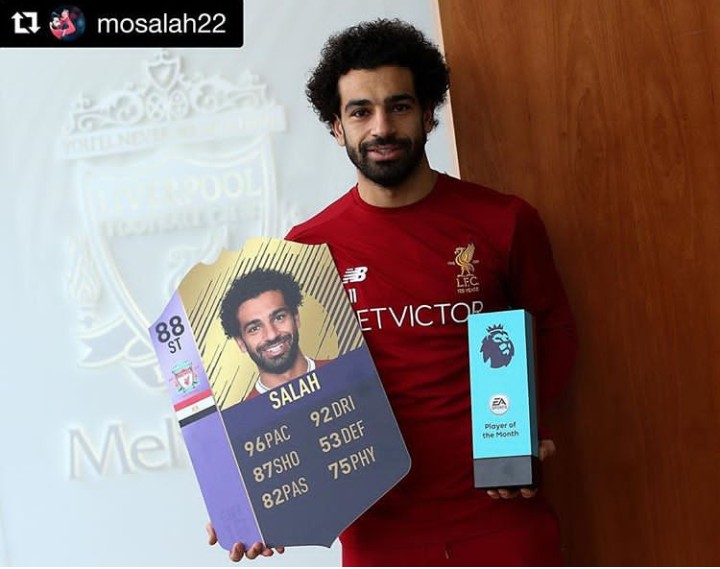 Liverpool’s Mohamed Salah has been named Premier League Player of the Month for November after prolific form in front of goal.

The former Chelsea forward, who has made 17 league appearances, currently leads the scoring charts with 13 goals ahead of Harry Kane and Sergio Aguero.

The Egypt international was in scintillating form during November as he fired Liverpool to an unbeaten month, scoring seven goals in four games.

The 25-year-old continued his fine goalscoring form toward the end of the month against Stoke as he scored his third double in four games as Liverpool strolled to a 3-0 victory over the Potters.