Home Entertainment Moji Olaiya: ‘Whatever you want to push out, ensure it has common sense’ – Yomi Fabiyi claps back at Yomi Fash-Lanso
EntertainmentMovie GistYoruba Movie Gist

Moji Olaiya: ‘Whatever you want to push out, ensure it has common sense’ – Yomi Fabiyi claps back at Yomi Fash-Lanso 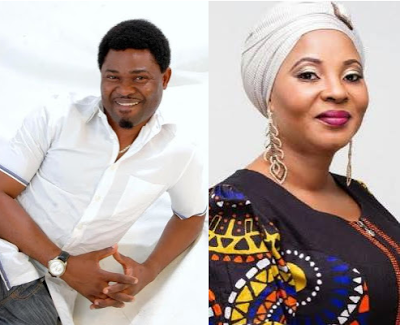 The remains of late Moji Olaiya will be flown back to Nigeria for a befitting burial after APC Chieftain, Bola Tinubu, assisted with the required funds. This was revealed by the committee in charge of Olaiya’s burial, who also stated that Ekiti Governor, Ayo Fayose, dismissed their request even though the Late actress was a Cultural Ambassador of his state.

Actor, Yomi Fash-Lanso reacted to criticism against Fayose, insisting that what is condemnable is the entitlement attitude of the committee and perhaps of very many sympathizers. In his words;

‘Anyone using the occasion of the largesse of the Jagaban to create an unnecessary divisive and patronising narrative needs his or her head examined for not only being mischievous but outrightly missing the point. If Nollywood is not aware, it should be told that their members are entitled to nothing extra beyond what every other Nigerians are entitled to, and really they have not served the memory of Moji well.”

Read his reply below.

One thing is standard, If someone travels abroad for holiday perhaps where there is no family member(s) or friend(s) and he or she invariably dies. And in this instance left behind a 2 month old baby. Common sense, it becomes a clear case of emergency and a test of foreign policy of the bereaved nationality. The Embassy if any must step in or relevant government back home be informed for swift intervention. It is the right thing to do.

Before anyone questions the moral justification, economic impact or motive of the concern person(s) on the need to notify the relevant government or any public servant who can be of direct and swift help, I refer them to Course in humanity titled “DUTY OF CARE 101″(Not everybody will pass it anyway). The efficacy and mental theraphy returning the deceased body to the family alone for proper burial and re-uniting the child with his/her family will be immeasurable and by extention a great deal on our national reputation and citizenship. Everything is not just about money and politics.

It is a rare case of emergency especially when an infant is involved. When you have humane people in or out government who respond to such clarion call, you begin to have more trust in public service and hope of reaping the dividends of democracy.

It is not in my habit to dignify everybody with a response but it do beat my imagination if I see people who by one way or the other hold relevant position of trust and care particularly where I belong but out of ego, envy, hate and greed betray a simple act of respect and trust against who they should care. Seeing them employ some coinage to further expose their insensitivity… Anyway, when an association have people with reckless ego and pride as administrators, they troll their members publicly to score cheap hype. Intelligent people are never silent, but trust me, they know when to be quiet.

Posterity will always reckon with those individuals who effortlessly offer kindness and not excuses. Humanity.”

Moji Olaiya: ‘Whatever you want to push out, ensure it has common sense’ – Yomi Fabiyi claps back at Yomi Fash-Lanso was last modified: May 24th, 2017 by Reporter

ISIS Terrorist Group Abducts Catholic Priest and 13 Others in Philippines