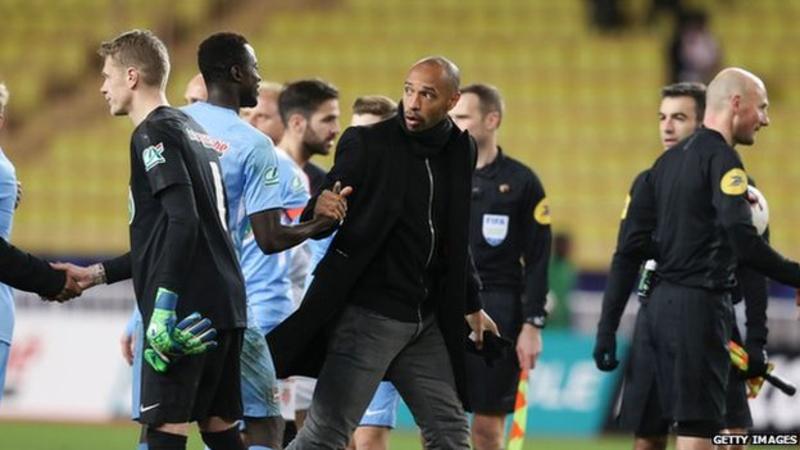 Monaco have sacked manager Thierry Henry after 20 games in charge.

The Ligue 1 strugglers announced on Thursday he had been suspended, but BBC Sport understands that is merely procedural and that the France World Cup winner has already left the club.

Predecessor Leonardo Jardim is expected to replace Henry, just over three months after being fired himself.

The 2017 French champions are in the relegation zone after only five wins under Henry in all competitions.

Franck Passi, appointed as Henry’s assistant on 20 December, will take training on Friday, the club said.

Passi has previously had spells as caretaker manager of Marseille and Lille.

Henry – who was hired in October – had apologised for using foul language to insult Strasbourg defender Kenny Lala during his side’s 5-1 defeat on Saturday.

Arsenal’s all-time leading scorer is in his first managerial role, having previously been Belgium assistant boss.

He had been on the shortlist for the Aston Villa manager’s job in October before taking the job at the club where he started his playing career.