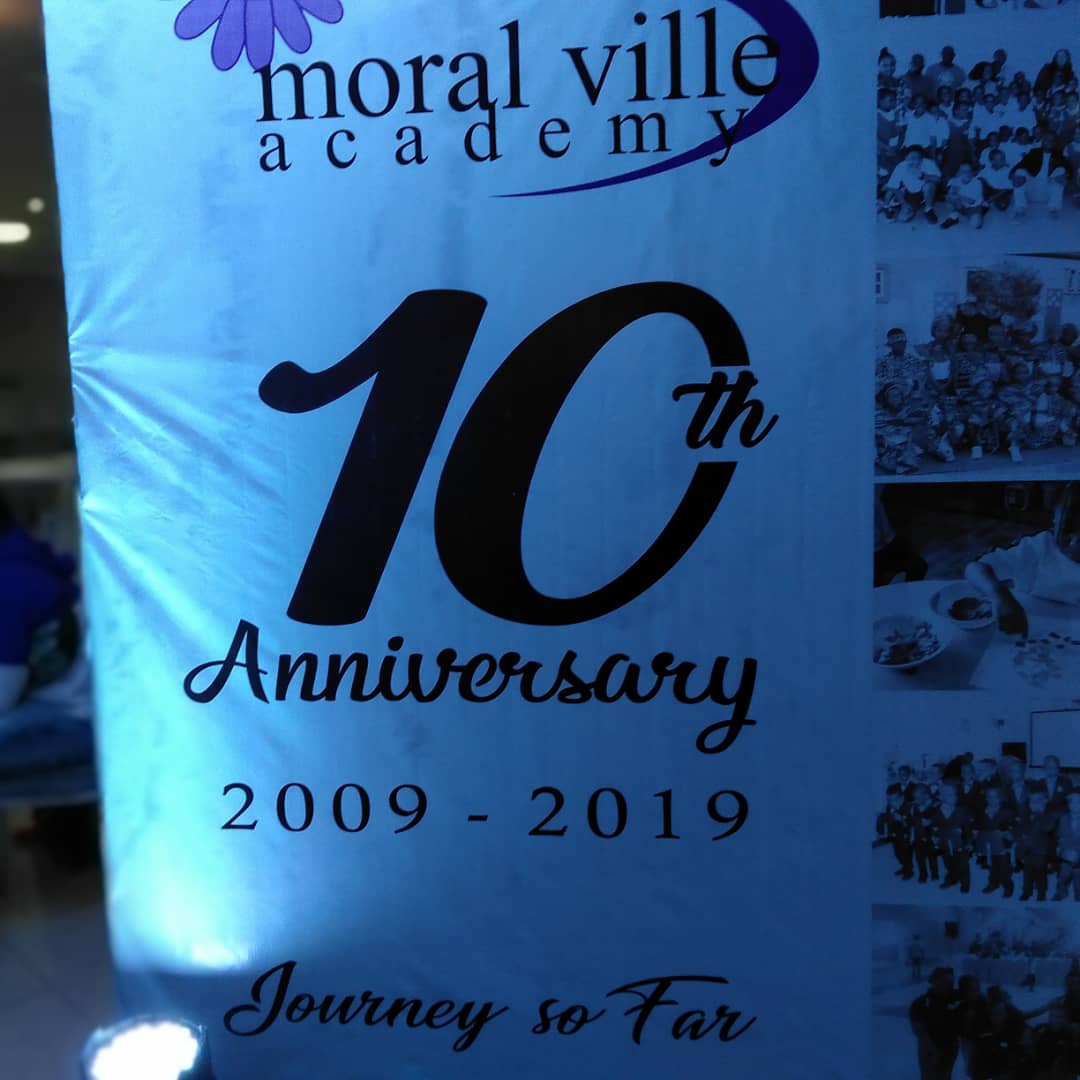 Moral Ville Academy, one of the leading Schools in the Festac area of Lagos marked  10th Anniversary on the  7th of  December,2019 at TFC Festac Town, Lagos. Citypeople’s Titilope Oshunlalu was at

the event which was anchored by popular  MC, Sucex Bright. He introduced the Special Guest of the day as MR. Molapo Ogunde, the husband of the Director of Moral Ville Academy as the Chairman of the day and Mrs Edith Omosun, head of Corona Nursery School as the Special Guest of honour. The dress code was all white and a touch of black, which saw Parents and Pupils in their finest.

The Director, Mrs. Olayinka Ogunde revealed in her speech that her loving husband sold his house to secure funds for the initial rent of the School Premises. Other notable mention by Mrs Ogunde included  Mrs Edith Omosun, for her support from the onset of the school’s existence which ensured high standards comparable with top Schools in Nigeria and beyond.

Also her late Father,  PA. Olutayo Orukotan, who gave a seed of N3 Million which was no small help then. And her Mum, Parents, Guardians, Staff, Pupils and so on for their part in a  successful decade of the School.

According to the Director, who was in the banking industry before going into School business, she always had interest and enjoy taking care of children but she finally heard the voice in the  Yoruba language, which said,  ‘Get children together’, so she knew God was saying something and that was how Moral Ville Academy began.

She also mentioned how her husband joined in the sweeping of the classes when the school could not afford Cleaners and staff then but now the dream has come to fruition. Awards were presented  to the Best Parents and  Members of Staff, for their hard work and commitment

Pupils performed ballet, songs, music and fast-rising  CMC Dancers also performed on stage.there was the cutting of the Anniversary cake at the end of the event. Ex Pupils, now studying abroad joined in the celebration via Media projection and they thanked Moral Ville Academy for a strong start to their academic lives.

READ ALSO: WHO IS THE RICHEST YORUBA ACTRESS?