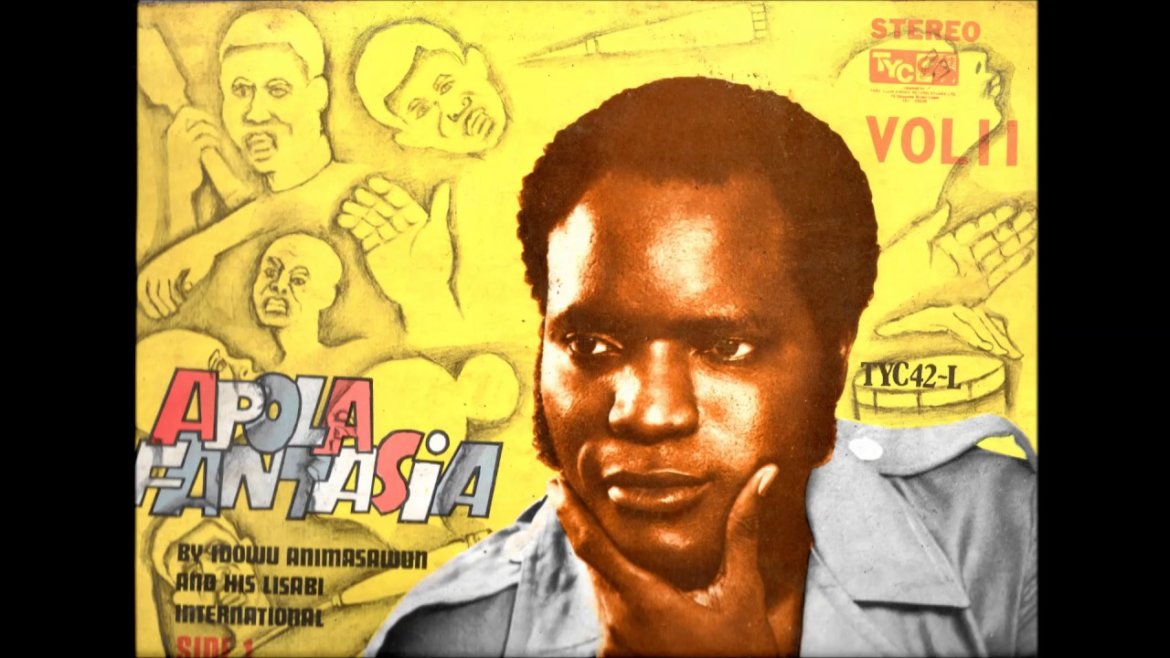 For many people who were not born when Juju Music reached its climax and took a center stage in Nigeria in the 60’s the name, Apola King may not really ring a bell. When Idowu Animashaun stormed the Nigerian music scene he was a force to reckon with. His brand of juju music popularly referred to as Apola Music took its turn in Lagos social circle in the 60’s. He had his contemporaries like Ebenezer Obey Fabiyi, King Sunny Ade, Expensive Olubi, Ahuja Bello, Prince Adekunle, etc

Juju music is a popular Nigerian music idiom which has been in existence since 1920’s with early pioneers like Irewolede Denge who walked the Lagos Street Kakawa, Bamgbose, Campbell in the 20’s singing and playing in the palm wine guitar style.  Another of the early pioneer is Tunde King who developed the habit of throwing the tambourine instrument into the air and catching it. Research finding though have traced the name juju to the throwing of tambourine which translates as Throw Throw (Ju Ju) . Some of the other early pioneers of juju music who reigned in the 40’s – 50’s were Tunde Nightingale, Ayinde Bakare, Julius Olofin, Ik Dairo, Dele Ojo, etc  The oil boom period of the 70’s caused a sudden explosion of new set of juju musicians with the likes of Ebenezer Obey, King Sunny Ade, Olu Fajemirokun, Idowu Animashaun, YK Ajao, Expensive Olubi, Olu Fajemirokun, controlling the Lagos social circus.

Idowu  Animashaun was one of the juju musicians that left the very memorable impact in the Nigerian social scene especially with hit songs like Ijo Apola, Thunder Balogun, Apola Tunde, Odidere Loga Ede, Kini nbe nigbo, etc which has forever remained evergreen and continues to be a favourite of many of his contemporaries.

Recently the great musician of Ogun State  decent who is now an  Evangelist with full devotion to ministerial work visited the office of the largest collector of music in Nigeria Mr Femi Esho CEO of Evergreen Musical Company and our Music Columnist Ajike was there to interview him and below is  the excerpt of this interview.

Which year were you born sir?

This question has been answered in a book I am presently working on and it will be launched on my birthday February 23rd 2018 when I will be 80 years old. I was born in the year 1938 in a small farm settlement called Igbinrin in Oko Awori in Ota, Abeokuta. My mum delivered me when she was frying garri and this is the reason why I so much love eating eba. Looking back now how many albums have you released till date and which year did you release your first album

I have recorded about 30 albums till date. My first song is titled E da Oni si iwa ju and it was recorded in the year 1967 by Niger phone records in Onitsha.

What was Lagos social scene like during your playing days?

It was fun. My band played regularly at bandary Hotel Idi Oro Mushin, Lagos  and I also played at stadium hotel between 1977/73 with series of engagements at different elitist clubs in Lagos including Lagos Island Club.

The name Apola King please can you tell us the origin?

(Laughs). Apola is my style of Juju music coined by one of my friends known as Evangelist Kayode Awe who was a prominent socialite in my playing days. I was playing at a party one day and he said during my break while taking some cold beer together with one of our other  friend Muyiwa Ajisafe  he said the sound coming out of my music is heavy and it feels like someone that is  been hit hard with the big  Apola Stick from behind . This was how I coined the name Apola.

For those who are very familiar with your music and that have been following you for many years they say most of your album sleeves you don’t laugh is it that you take life too seriously?

Let me answer your question with this story. I was in London one day and while discussing with one of my friends I busted into serious laughter and my son looked and me and said so daddy you can laugh this much.

How do you get your compositions?

For me it is like a gift. I can be anywhere and suddenly get inspired by a song. One day I was at the petrol station and a song came like “ma je ki aiye mi segbe” May my existence not be in vain. I have also composed some few songs for Adeolu Akisanya one of them titled Alalude.

I noticed Sir that you are into full time ministerial work when did you receive your calling?

I started the ministry work in 1985 and I own a church called World Hope Church and it is located in a remote village at Badeku in Oyo State. 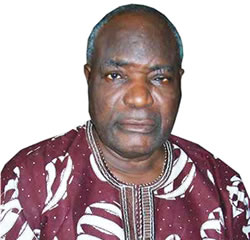 Do you have any plan to go back into music someday?

No, it is not visible. I am into ministerial work now and I am fully devoted to that. I don’t like doing different things at the same time so I don’t get distracted.

Aside from Ministerial work sir do you do other things?

Like I said earlier I don’t like getting distracted in other things but I can say I am also involved in community projects like building schools and hospitals for different communities.