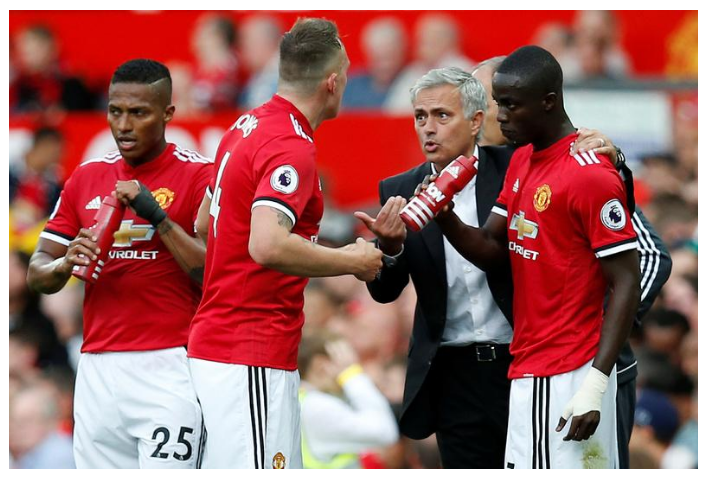 Jose Mourinho gave an update on Manchester United’s injury concerns and absentees following the team’s 1-0 Champions League win over Benfica on Wednesday.
The man who scored the Reds’ second-half winner at the Estadio da Luz, Marcus Rashford, was later withdrawn with an apparent knock and Mourinho does not yet know the extent of the young forward’s problem.
The boss named Phil Jones on the bench despite admitting before kick-off that he was not 100 per cent fit, and feels the centre-back could be in line to return at Huddersfield Town on Saturday.
Speaking to MUTV and in his press conference after the game in Lisbon, Mourinho also provided an update on United’s other sidelined players – Eric Bailly, Marouane Fellaini and Paul Pogba.
“Phil Jones was on the bench because he felt that if we really needed him, he could [play],” the manager said. “So if he was at that stage today, on Saturday I think he will be in a condition to play. For Eric Bailly, I think it will be difficult.
“With Rashford, I thought it was cramp because he was running so much – I thought it was muscular fatigue. But no, he told me he felt something in his knee. It didn’t look to me like a big thing but we don’t know.
“Hopefully some of them [can return at Huddersfield] but I don’t know. I don’t know about Paul, I don’t know about Fellaini.”