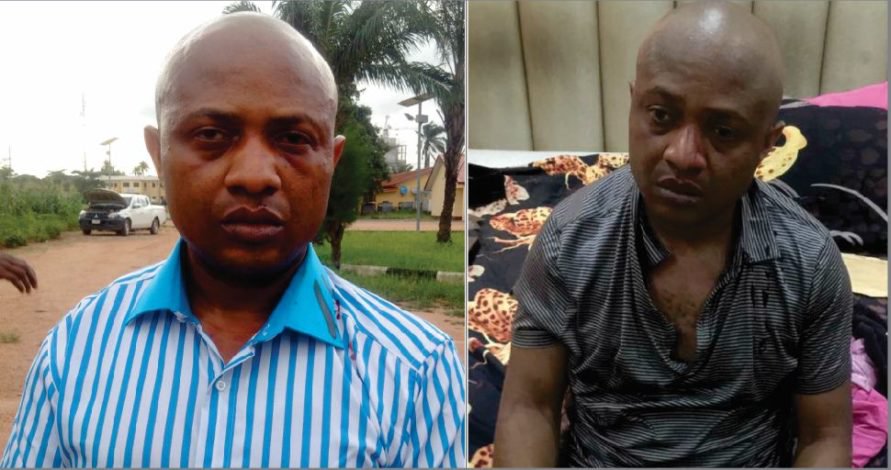 Billionaire kidnapper Chukwudumeje George Onwuamadike Evans has been relocated to a maximum security cel in Abuja.

The Nation gathered from a source that Evans was relocated to a maximum security cell in Abuja for his protection, following the disclosure of his former location by a national newspaper.

It was reliably gathered that with that disclosure, came several requests for access to the suspect from the public and media houses, which the police considered a threat to his safety.

However, Moshood said, “We are working hard to ensure that justice is served at the end of the day. There are certain information that are not for public consumption to avoid jeopardising investigation or even national security.

“Evans is with the police. His whereabouts is known but cannot be made public. We are appealing to Nigerians to remain calm and support the police to conclude its investigation.”

He added, “The Police have made significant progress in the investigations of these crimes. The public should disregard and discountenance all media reports in the social and print media that he has vanished or released and all criminal charges against him dropped as UNTRUE and ABSOLUTE FALSEHOOD.”

Our source who hinted on the kingpin’s relocation, said that Evans had also expressed worries that his life might be in danger, given that information, including how he was fed at the Special Anti-Robbery Sqaud (SARS), Ikeja, was in public.

The source added, “The moment it became public that Evans was being detained at SARS in Ikeja, his relocation was planned. You don’t expect the police to stay calm with so much information about the suspect in public. It was disturbing because it would have been a huge disaster if anything had happened to him there

“The police would have been accused of collecting money to kill him or even extrajudicial killing. So, relocating was not negotiable. Why it took so long was because the Ogas wanted to be sure all necessary security measures were put in place. They also did not want a situation where information would leak before he was taken out of the state.

“People should allow the police work. I think this Evans’ matter has been over flogged. Police should be allowed to continue discreet investigation so that when the suspects are charged to court, the public can continue getting the drama there.”

‘We Moved Evans The Kidnapper To A Maximum Security Cell In Abuja For His Protection’-Lagos Police was last modified: July 9th, 2017 by Reporter