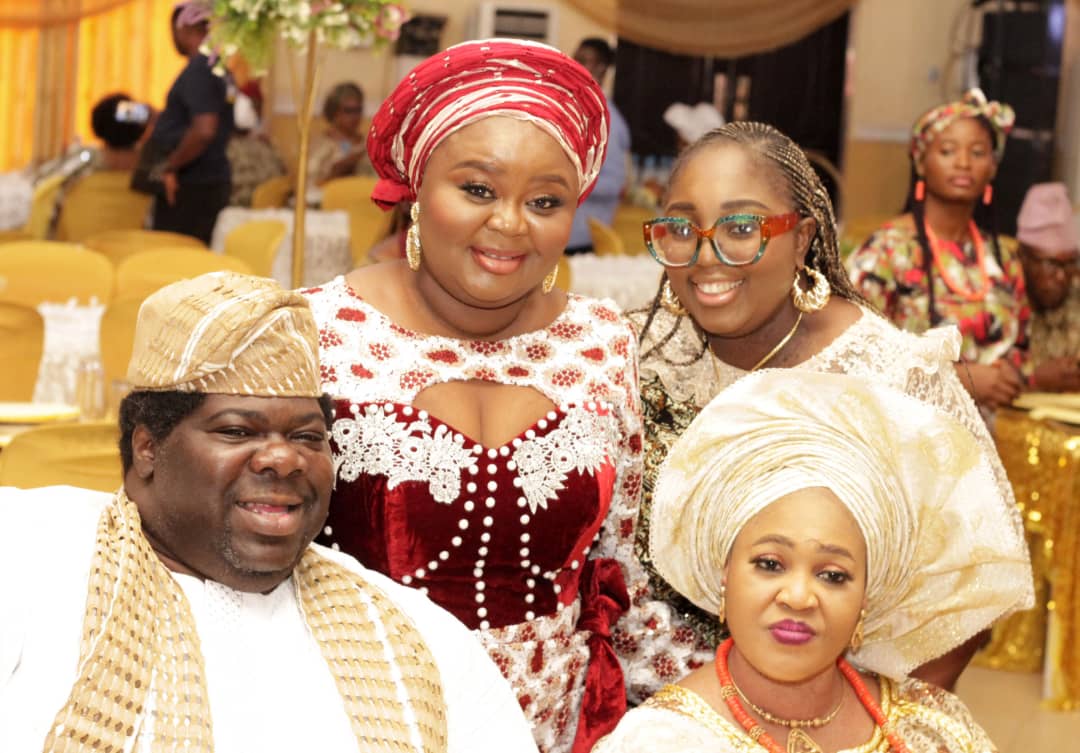 On Thursday 7th and Friday 8th of October, 2021, Ondo bubbled, as many dignitaries from all works of life gathered to celebrate the life well spent of Mrs Mojibat Stella Abeni Akinyosoye (nee Olajide) who slept in the Lord after a brief illness on 22nd of July, 2021.

Her children and their spouses gave Mama a befitting burial.One of them is Bishop Folarin Obey- Fabiyi.He is one of the sons of Chief Commander, Evangelist Ebenezer Obey Fabiyi.He is also the Pastor in charge of Decross Gospel Mission in Lagos. That partly explains why the Burial was grand, over the weekend ,in Ondo.

Late Mrs Mojibat Stella Abeni Akinyosoye was described as a virtuous woman when she was alive. According to her daughter, Bukky Folarin Obey, she was a woman with the strength and capacity of a man. ” Mum like no other, you were such a rare gem. I loved you dearly. It was an opportunity for me to be very close to you before you went to be with the Lord. Your type is rare. You were a wonderful mother indeed. Rest on in the bosom of the Lord. Thanks so much for all the love and care you gave us, refusing to marry after out father passed just to look after us. I say again, your type is rare. Goodnight my mother”.

The Christian wake keep for Late Mrs. Mojibat Stella Abeni Akinyosoye was held at her residence, 16c Dosekun Avenue off Adeyemi Road, near Ade Super Bakery on thursday,7th October, 2021.And many family members and well wishers were in attendance.

The burial service took place at the same venue the following day, Friday,8th October, 2021.She was buried right inside her compound.

Members of the Decross family rallied round the family of the deceased. Pastors, Elders, Ushers and the Choristers really stood by Bishop Folarin Obey and his wife Pastor Bukky Folarin Obey. They took charge of the service all through. They also played host at the reception.