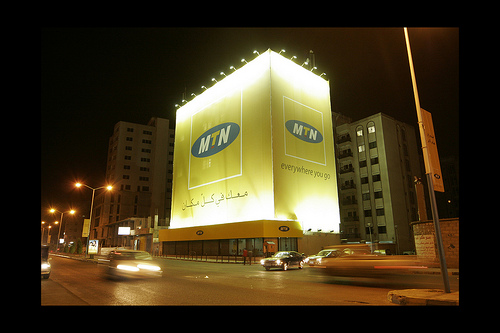 The Nigerian Communications Commission (NCC) has revealed that MTN Nigeria has so far paid N165 billion out of the N330 billion fine slammed on it for not disconnecting unregistered SIM cards.

Prof. Danbatta said MTN had paid more than 50 per cent of the whole fine as it made latest payment of N55bn in March.

Dambatta said, “I am happy to inform you that our agreement with MTN on how and when to pay the fine has been adhered to. Just last month, March, we received a cheque of N55bn from MTN as part of the fine payment plan. This brings the total fine paid by MTN Nigeria to N165bn, that is more than half of the fine has been paid so far.

“We call it amicable settlement agreement on which basis they will be paying N330bn over a period of three years.’’

He said by the terms of the agreement, the money would be made in six tranches over the three year period.

Journalists report that the breakdown for the payment according to the agreement made in 2016 was that N30bn would be paid into NCC’s Treasury Single Account (TSA) with the Central Bank of Nigeria (CBN) over 30 days from June 10, 2016.

MTN Nigeria was originally fined $5.2bn for failing to deactivate more than five million unregistered SIM cards, but the fine was reduced in a settlement that paved the way for MTN to list its subsidiary on the Nigerian Stock Exchange (NSE).

MTN, which operates in 20 countries, had set aside $600m to pay the fine. Two months after making the first payment from the fine, MTN Group declared its first full-year loss, blaming it on the fine.

Negotiations on the payment of the fine lasted eight months, which saw both parties going in and out of courts.