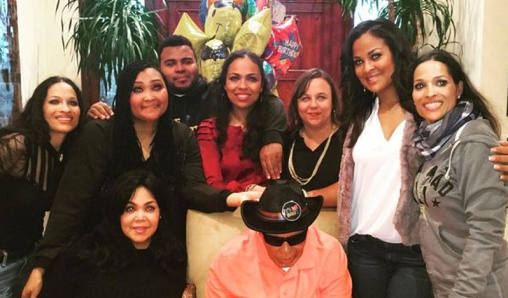 Muhammad Ali ’s multi-million dollar will has been finalised¬ at last – with the settlement set to spark “World War Three” among his family.

The boxing legend’s widow Lonnie is allegedly getting double what his children¬ will receive, which is likely to inflame an already poisonous atmosphere.

“Once the money is there, expect the biggest war yet,” said an insider.

The siblings, said to hate each other, have maintained¬ a fragile truce not to risk their slices of Ali’s $80million (£65million) estate. Ali died in June, aged 74, and the money is yet to handed out.

An attorney for the Muhammad Ali Trust, which governs the distribution of his estate, said: “It was crafted to reflect his specific wishes and to protect his legacy.”

But now the family have been told what they will get, that legacy could include a bitter family fallout. His nine children¬ are each set to pocket around $6million. Ali’s only sibling, brother Rahman, whose feud with the boxer’s widow was well documented¬, gets no money.

His seven daughters and two sons, including biological son Muhammad Ali Jr and adopted son Asaad – are expected to let their true feelings be known after being told the legal process is over.
Bitterness lingers over how their father was buried and the fact Will Smith, Lennox Lewis and Mike
Tyson were pallbearers, not his sons.

The insider added: “They all play nice-nicey now, but simmering tension goes back decades. None of the kids trust Lonnie, all are from different mothers and hate each other.

“Lonnie is said to get double what the kids have which has left many seething. They didn’t like her before their dad passed away accusing her of preventing them from seeing him.

“When he died some sucked up to Lonnie just to get as much as they can, but the truth is that they all did it – then accused the other siblings of doing it.

“Once money is in the bank it looks like they will cut all ties with each other but not before their true feelings are aired. But it’s not just the inheritance. There is a lot of bitterness between the family’s strict Muslims and non-believers for the way the funeral was conducted.

“They were disgusted he wasn’t buried within 48 hours as the Koran states, and that Will Smith and Mike Tyson were pallbearers. Some of the children are appalled it was more about a celebrity list than his own flesh and blood.

“World War Three is threatened and true feelings are expected to come flooding, and a few truths be told.”

Already the fallout over the inheritance and the time taken to resolve it has led to problems for Ali’s
only natural son.

Currently flat broke and without a bank account Muhammed Ali Jnr, 44, has been kicked out of his flash home.

Amazing: Some Beauty Uses Of Toothpaste You Don’t Know