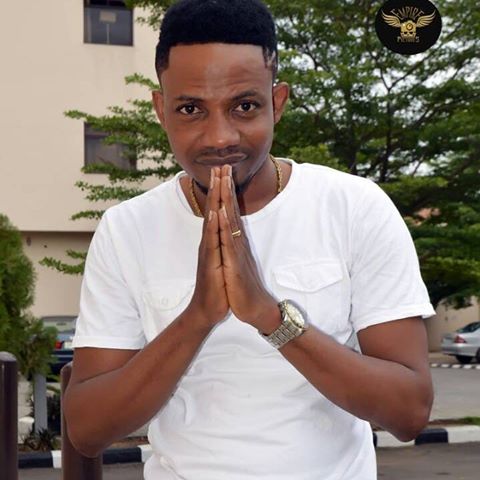 Though he started music in 1996, professionally he started about 10 years ago. He started from church choir. He started out as a Cherubim but left for Celestial Church later. He started from Kogberegbe Church, also called Church Of The Lord at Agege. He was born in Agege. He grew up liking music, all kinds of music. People told him he has a nice voice, so he joined the choir.

He started out on his own in 2014. That was 4 years ago. Since then, he has built his band to a formidable force. When he started, he had only a keyboard and talking drum. They were 3 band members then. Now they are 12. He has 2 female singers also. What has helped him apart from the grace of God is his determination to succeed.

What are the services his company Broad Band Entertainment offers? “We offer Yoruba, English, Igbo, Hausa songs. And many more. Why call his group Broad Band? It was one of my mentors who gave the brand that name.

“I went to see him and he said why don’t you call your band, Broad Bank?” I used to call my bank Skyband. But after he advised me, I changed it to Broad Bank. Why call it Broad Band? He says because my music is wide and broad.

How different is his music from other bands? “It is different. I do more Praise Worship on stage. I sing Christian songs. I sing a wide range of music, from Hip-Hop, Juju, Highlife, Apala, everything. I also do a lot of dancing and high performance on stage.”

Who are his mentors in the industry? “I have so many of them. I also have so many people who have stood by me, like my wife. My No 1 mentor is Akin Shuga whose real name is Akinloye Fowotomo I like his style. He sings well. I am also grateful to my friend Kolawole. He is not a musician. He is my good brother. He saw me play at Shoprite, Ikeja 3 years ago and he called me aside to say I should start my own band. He started mentoring me.”

He said Samson, you can stand on your own. KSA is also my mentor. I look up to him.” What are his plans in 2018? Samson says he is planning to take his music abroad. He also wants to do a single, to feature 9ice or any other artistes.

Which does he like, Hip-Hop or Juju? He says he loves Hip-Hop more. “When I start with Juju at parties, I usually move on to sing to Hip-Hop” And each time, he does that, the  mood of the party changes.

Samson Egbeyemi is to thrill guests at City People Awards this Sunday in Lagos.