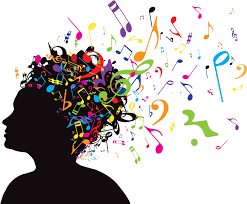 Many definitions have been given to music over the years but I find this one very interesting.

Music is an art of sound in times that expresses ideas and emotions in significant forms through element of rhythm, melody, harmony and colours.

When we talk about melody it means songs, lyrics. In order to make this topic more insightful I have decided to break it down to 4 major interesting topics for easier comprehension.

We shall be looking at the health, emotional, religious and social influence of music in our life.

According to Dr Tunji Bello a renowned physiotherapist based in Canada and a member of an online music platform MMIs( Members of Music Icons) in which I am a pathfinder he says in the treatment of Alzheimer a medical illness that causes loss of memory he said that music can serve as a very good therapeutic cure in helping those with such challenges as it is believed that some sensitive area of the brain  is not affected by this disease and music can help the patient reconnect to reality.

From personal experience I also once watched  a child who suffered autism another medical challenge that curses impairment in social interaction and developmental language and communication skills, who got aided by lagbaja’s Konko  song  in awakening sensitivity.

Over the years many religious fanatic have laid claim of connectivity to their God through songs of worship. In the Yoruba society it is often called Orin emi.  Also some parents believe religious music can help greatly in guiding  a childs formative stage.

According to Dr Stephen Olusoji the head of department of theatre arts university of Lagos he said in a chat with him that music helps to connect with  our emotional sensitivity. Each time he listens to Asiko by Orlando Julius a renowned Nigerian musician he says he is easily moved to tears while Fela Anikulapo Kuti’s song on the other hand gets him  agitated.

Research findings have also shown that the female child is very emotional and often moved to tears in the matters of the heart when listening to love songs and music also can help relieve  emotional stress and heartbreaks.

♦ Effect of music on human behavior

Many people are believed to have been influenced by the type of music they grew up listening to. Some music columnist contacted in one of Nigeria’s leading society magazine believe that the type of music they listened to growing up  greatly influenced their positive outlook to life. Also a very prominent Nigerian Art collector Prince Yemisi Shyllon during a research work I conducted for him in 2016  listed over 10 songs that helped mode his formative age and he calls the songs MY KIND Of Music. He believes the songs  played a pivotal  role in his self development, identity and discipline. A renowned music collector in Nigeria Mr Femi Esho also proclaims music as his first love and that he may fall ill if a day goes by and he doesn’t listen to music.

Aside from all these positive influences of music it is also on record that some music can be harmful to the human mind. Some musicians with their music and lifestyle   have at different times promoted songs that talks about drugs , sex, alcohol which has also done great damage to a Childs formative years

Those days in Lagos