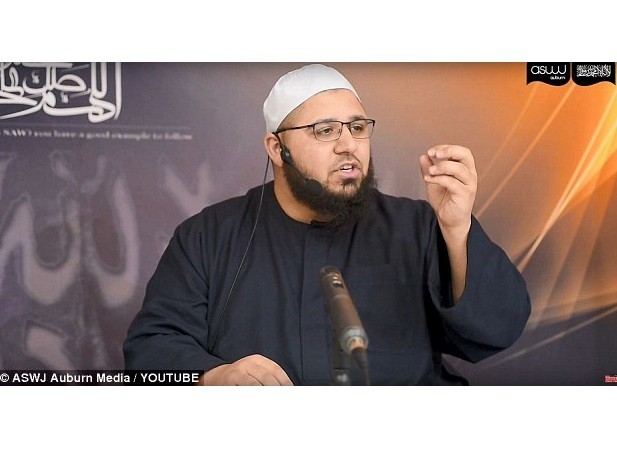 A Muslim preacher has sparked an outrage after he declared that it’s a ‘major sin’ for a wife to refuse sex with her husband.

Nassim Abdi, a fundamentalist preacher in Sydney, Australia told an Auburn mosque in the city’s west, that a woman would be ‘cursed’ by angels for refusing her husband’s demands for sex

‘If the husband calls the wife to be intimate and there’s no legitimate reason for the woman to say no, then she must answer the call of her husband,’ he said on Friday night.

‘She must answer the call of her husband and if not she has committed a major sin.

His statement has sparked major concern among Feminists, with long-time feminist Eva Cox describing him as a ‘nutter’ for disrespecting women’s rights.

‘Somebody needs to inform the preacher that he’s preaching something which is illegal,’ she told Daily Mail Australia.

‘Preaching something which is illegal maybe should be banned.  I’m sorry we’ve got these nutters.’

‘It is absolutely against the law in this country what he’s advocating. It’s a form of hate speech.’

‘I would say it’s incitement to commit a criminal offence: if your wife doesn’t submit, then you still have the right to take her. That is a crime under Australian law,’ she said.

‘Shocking. The more I think about what this fundamentalist preacher said, in a way he’s advocating a form of domestic violence.’