Muslims Urge Macron Not To Interfere In Islam 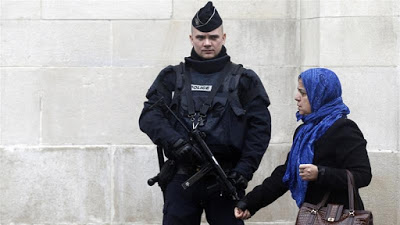 A leading representative of French Muslims has urged Emmanuel Macron not to interfere in the organisation of the country’s second-largest religion, days after the president said he would try to redefine relations between Islam and the state.

The statement came from the leader of an organisation set up 15 years ago in a bid to defuse concern about conservative religious leaders and foster a form of Islam that would fit better with France’s hard-line secularism that insists on separation of church and state affairs.

“Everyone must stick to their role,” Ahmet Ogras, president of the French Council of the Muslim Faith (CFCM), told Reuters in an interview.

“The Muslim faith is a religion and, as such, takes care of its own household affairs. The last thing you want is the state to act as guardian,” said Ogras, a Frenchman of Turkish descent who has led the CFCM since mid-2017.

Macron, elected last May after a runoff victory over far-right leader Marine Le Pen, said in a February 11 newspaper interview he planned to revisit the way Islam was overseen.

“What I’d like to get done in the first half of 2018 is set down markers on the entire way in which Islam is organised in France,” he told the Journal du Dimanche. The priority would be to “bring back what secularism is all about”

Muslims Urge Macron Not To Interfere In Islam was last modified: February 16th, 2018 by Reporter