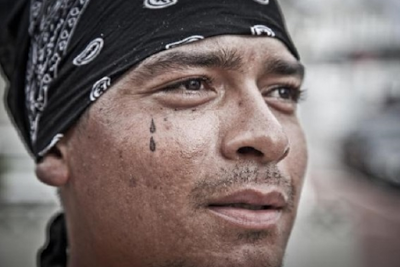 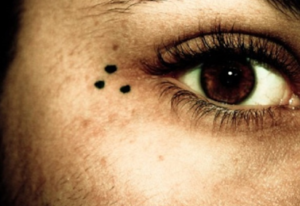 The three dots represent “mi vida loca” or “my crazy life”. It’s not really associated with a gang or anything, but the lifestyle itself. You’ll usually find this tattoo in the hands or around the eyes, or even both. 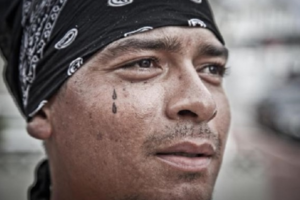 The teardrop tattoo was first a symbol that signified that someone had committed murder. But, these days, it’s also grown to have other meanings, such as a close friend’s death. 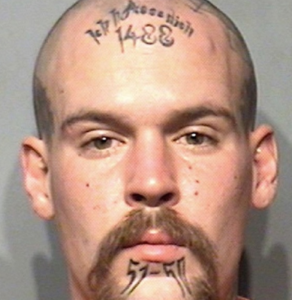 1488 may look like just any other number, but it’s not. It’s a number that’s closely associated with the Nazis. 14 being the number of words in a quote by David Lane, a known Nazi Leader. And, 88 referring to the 8th letter of the alphabet, H, twice, which means Heil Hitle. 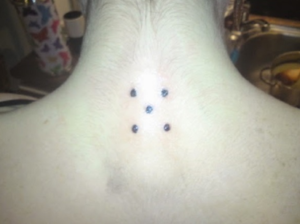 The four dots on the outside represent the prison walls. The one in the middle? It’s for the inmate. Having this tattoo means that you’ve spent time on the inside. 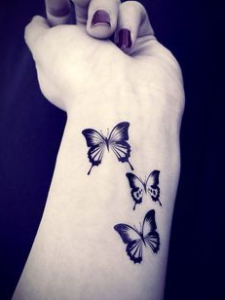 The butterfly is a very emotional tattoo to have. It carries many meanings, such as the dreams of being free to roam the world. Or, for others, the metamorphosis that butterflies naturally go through. Though, for most, it has a negative connotation, such as short-term physical beauty, unstable personality and vanity. 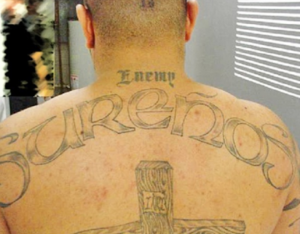 “Sureño”, the Spanish term for southerner is a tat that’s closely associated with the Mexican Mafia. If someone you know or see has this tattoo and the number 13, then you may want to avoid messing around with that guy. 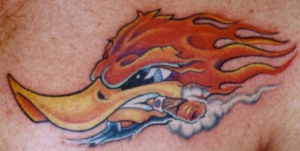 Woody Woodpecker looks cute and all, but white-power games have used him as a symbol of white supremacy. While less common these days, it’s still important to be wary of people who have this sort of tattoo on them

Must Read: Common Tattoos And Their Secret Meanings was last modified: May 10th, 2017 by Reporter

Weird: This Old Man Has Been Sleeping Inside a Coffin on a Secluded Mountain in Preparation for His Death