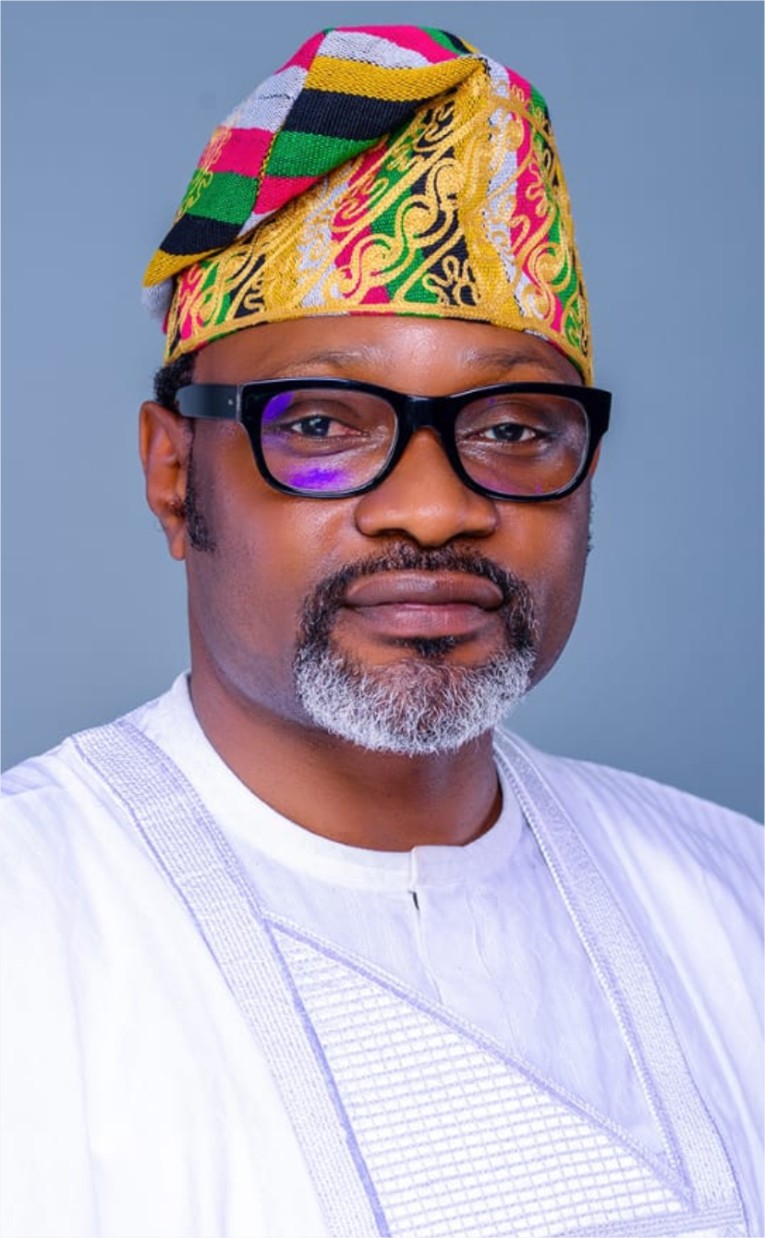 He is handsome. He is stylish. And he is sociable. That is Olusola Egbesola, the new President of Abeokuta Sports Club. He leads an Exco made up of formidable members who have spent the last 3 months trying to turn things around in the club. Within the last few months, a lot has happened in the club which was set up in 1904, the year that the Governor of the Gold Coast (now Ghana) visited the Club. It started as a meeting point for relaxation for members of the West African Command Headquarters. The place was also used to interact with the elites in the town.

Soon after, a Golf Course was established and later Cricket Pitch, Tennis Courts and Billiards Room were established in the Club premises and some of these games are still in place till today. The sporting activities of the Club were developed to a high standard which enable the Club to win many trophies in the country and outside the country. This Club is reputed to be the oldest on the West Coast of Africa. Documents available show that the land on which it stands presently was leased to the Club on the 23rd March 1932, There are also sporting records dating back to 1929. The Club had been actively involved in the games of Golf, Shooting, Cricket, Football, Motor Car Racing, Tennis,

Billiards and Snooker in the early thirties.

There is proof to show competitions between the Club and some old and defunct clubs in the Country. Like the annual Cricket Club, Dyaks Lagos, African Cricket Club, Kings College Lagos, Saint Gregory’s College and Ibadan Recreation Club. In the evenings, there were full-length film shows, films were loaned from the Nigerian Motion Pictures Ltd. The American Motion Pictures Ltd. The British Council and the United States Information Service. The Club had its own cinematography projector and screen, There were formal monthly Guest nights where guests of members were invited, a full band in attendance and the dress code was formal.

An arrangement was also made with some clubs whose members could enjoy the facilities of the Club when they were in town and whose facility members could use when they travelled out. Examples were Ibadan Recreation Club Ibadan Tennis Club, Apapa Club. and the Army Mess. Modalities that were renewable annually were worked out. Token fees were usually paid.

That is the high profile club that Olusola Egbesola now runs as President. Last week, he told City People Publisher, SEYE KEHINDE and SUNDAY ADIGUN what he and his team have been able to do within so short a time. See excerpts below.

Let me start by congratulating you as the New President of the Abeokuta Sports Club. How does that make you feel?

It’s just the beginning. We still have a long way to go.

What are the things to expect from you?

The club itself is in good stead, but it could be better. We are looking at making Abeokuta Sports Club a full Metropolitan club. And to also increase our activities in terms of CSR. Of course, we are predominantly a Sports Club, but we can also be impactful to our society I’m actually passionate about that.

Tell us the story of how you joined the club and rose to this post?

I joined the club 16 years ago. I was just passing by. I’ve always been seeing the signpost of Abeokuta Sports Club. But there was a time I was coming from Lagos and it was in the evening hour and I branched somewhere, I stopped to take a bottle or 2 bottles of beer and there was also a match going on  And I was watching. Suddenly, a friend just called me, “Ore, where are you?” I told him I’m at Oke Ilewo, there is a particular joint at Oke-Ilewo then called “Lagos”. I told him I’m at Lagos. He said “What are you doing there, I told him I’m just watching a match and to relax a bit, then he instructed me to leave the place immediately. So, I left, jumped to the other side of the road, opened my car and immediately after that a vehicle came and parked everybody to the Station. The following day I went back to the signpost I’ve been seeing. That was how I joined the club. I joined because of its Exclusivity. And it’s been fun all through. At some point I’ve been a member of different Adhoc Committees and Committees as the case may be. I was the head of a section called Moonlight Section. I also used to be the treasurer of the Club before contesting for the post of Presidency.

And how do you see the last election, because I know it was keenly contested?

It was keenly contested truly. We were 3.

So what went through your mind at that time?

I never thought the election will go that way, but I think what we experienced was unprecedented and that shows the level of awareness of the club in and outside of Abeokuta. And that made a lot of people expect so much from this administration which I believe by the grace of God, we shall get there.

At the time you were contesting what were the things you promised to do?

One of the things I promised was that The Club itself; we do not have a blueprint. Every administration will come, do their thing and in 2 years they will leave. Another administration will come; different agenda all through. So at some point, I thought of it, that it’s better we have a blueprint which will encapsulate our short, medium and long term plans. Any administration that will come around will key into all the club itself wants. Also, I promised a Multipurpose Hall, that we are going to build a 1000 seaters Multi-Purpose hall. And to the glory of God, through the kind gesture of Odole Odua, Sir Kessington Adebutu and the contribution of the immediate past President, Deacon Bolarinwa Atilade, as at now the project is ongoing, and it’s about 30% done.

As you can see I’m a young boy (laughs) I had my BSc from Ogun State University. I had my MBA in Finance then I had my Masters in Industrial Relation and Human Resources Management. I’m currently running my PhD Programme. I belong to some professional bodies, the Institute of Marketing, Nigeria Institutes of Administration. I’m also a Chartered Marketer. I’m a fellow of those 3 institutes. I’m also a Certified Facility Manager and also a Hotelier as you can see.

So, how do you juggle all of these?

Looking at the club, you actually think you can still do a lot to improve on what you met?

One of the things people said during our campaign is that “he won’t be chanced, he has so much to do” but I think I’m disappointing them now and we are making progress. It’s just scheduling your time and make the priority of it.

In a short while, we will be celebrating our 100 days in office. It’s not something elaborate, it’s just to showcase what we have done, like a scorecard and also to highlight what we need to do in the coming months.

In terms of the Scorecard, would you say you’ve been able to achieve so much within a short time?

My Exco Has Done A Lot In The Last 3 Months – OLUSOLA EGBESOLA was last modified: August 25th, 2021 by City People