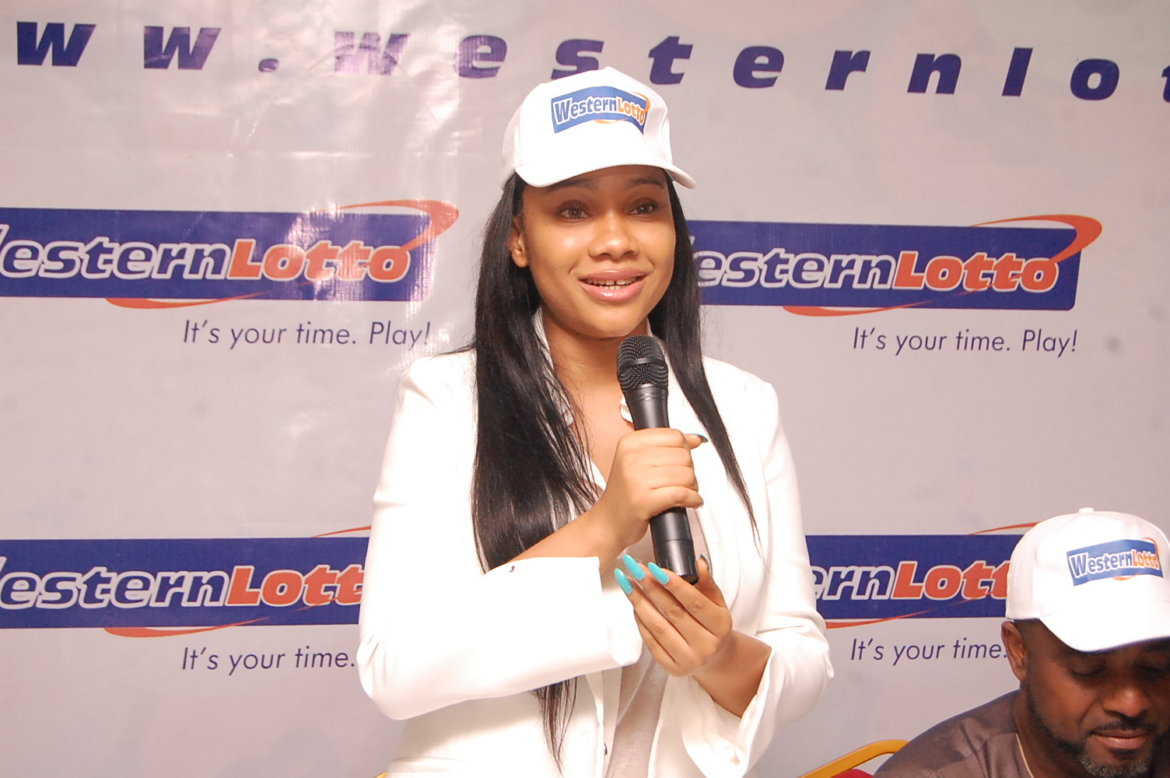 Shock was the first reaction as Miss Dorcas Nwagbara received a life-changing call of her winning a N15m jackpot in the Powerball game on the Western Lotto platform, she recalled Wednesday as she received a large celebratory cheque.

Nwagbara, a graduate of Microbiology from the Imo State University and entrepreneur, said she played the games on the platform regularly from the official launch on July 10. She urged persons who want to win to do likewise.

Said Ms Nwagbara: “As you can imagine, I am super excited. Friday, September 15, was one of the most exciting days in my life so far. I woke up that morning, and I did not even know that my name was everywhere. My name was trending.

She was in tears when she got to the Western Lotto office in Victoria Island and confirmed that she was indeed a winner of N15m.

“I do not know what to say, but to thank God. I just want to thank God, and I also want to encourage whoever is playing Western Lotto games to keep playing. I played up to 11 lines  the day I won.

“So, just keep playing. It would come.”

An Abia State indigene, Ms Nwagbara encourages other gamers to keep at it. She stated, “I have been winning little amounts like N100 and such. But just keep playing. It would come.

“I started playing from the beginning when the company launched. I had seen the Powerball game in America. I played Powerball with $1 when I was in the US but never knew I could play in Nigeria too. I saw it on TV on the day of the launch, and I went online to register.”

He stated, “We at Western Lotto are as excited as Dorcas, and we are proud to share in her joy. The win by Dorcas confirms our claim that our customers can win every prize on offer across all our games and that we would honour such wins.”

Ogunfowora said Western Lotto had given out winnings to 5260 players on its platform. The company also presented N50, 000 cheques to another batch of winners of the Mega Upgrade Promo while it would hold another draw on October 5.

Tai Solarin University of Education undergraduate Qadim Soyombo received a cheque for N500, 000 for his winning on August 28, 2017 while the company rewarded 414 eligible participants in the Mega Upgrade Promo with cheques of N50, 000.

A licensee of the National Lottery Regulatory Commission, Western Lotto Nigeria Limited offers seven international lottery games on its online portal, www.westernlotto.com. It is committed to changing the landcape of gaming in Nigeria.