“My husband is in jail because of his lies” – Mercy Aigbe 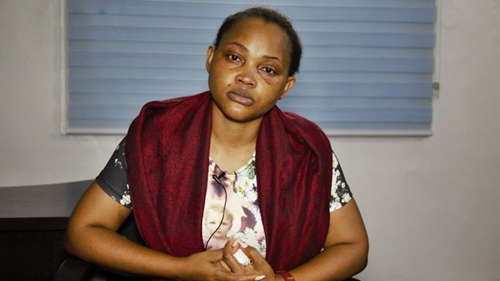 Nollywood actress Mercy Aigbe Gentry has finally reacted news of her embattled husband as he is currently in Kirikiri prison. She come out to say that she is not responsible for her husband’s predicament, neither is she the reason he is spending his fourth night in jail.
According to the embattled actress who spoke to Saturday Beats, her husband’s stubbornness is the reason he is behind bars. All she did was report the abuse, and on seeing the extent of her injuries, the law took its course.
She explains that the case is no longer between her and Lanre Gentry but between him and the Ministry of Women Affairs.
Mercy Aigbe also reveals that it is saddening that instead of her husband showing remorse for what he did, he has resolved to making stories and concocting strings of lies to bring her down.

“My husband is in jail because of his lies” – Mercy Aigbe was last modified: May 13th, 2017 by Reporter

What Ladies Need To Do To Look...