Home Entertainment ‘My life is in danger, I’m in a court toilet hiding’ – Kemi Olunloyo cries out
Entertainment 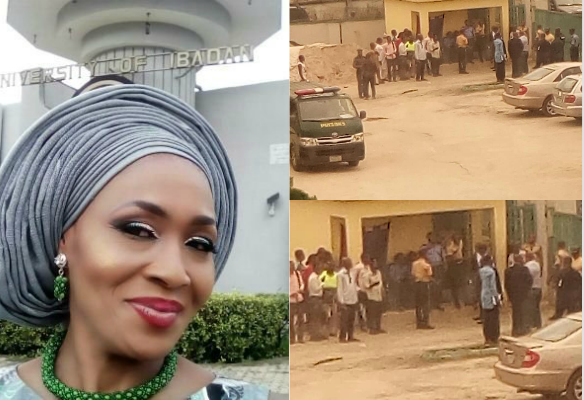 Controversial naija  journalist, Kemi Olunloyo who reportedly had another hearing of her case with Port Harcorut pastor, David Ibiyeomie, in Rivers, today, just took to Instagram minutes ago to reveal that her life is in danger.

According to her, the judge adjourned her case to December, and when she stepped out of the courthouse she was almost kidnapped by Police undercover task force.

#BREAKING The Nigerian police #Abuja undercover task force tried to kidnap me outside this courthouse now. Pls spread this message. My lawyer Eugene Meabe and other Rivers police foiled it. I feel unsafe here. The judge had just adjourned my case to December and they were probably not happy. The NPF IG task force has been stalking me since my release in June. Ibrahim Idris, u have really crossed the line this time.

The scene here is chaotic. My case needs to be DISMISSED. I’m never coming to Rivers again. My life is on danger and my case needs to be moved to Ibadan which was the real jurisdiction. I am in a court toilet hiding here looking at my lawyer and different security forces.

‘My life is in danger, I’m in a court toilet hiding’ – Kemi Olunloyo cries out was last modified: October 12th, 2017 by Reporter