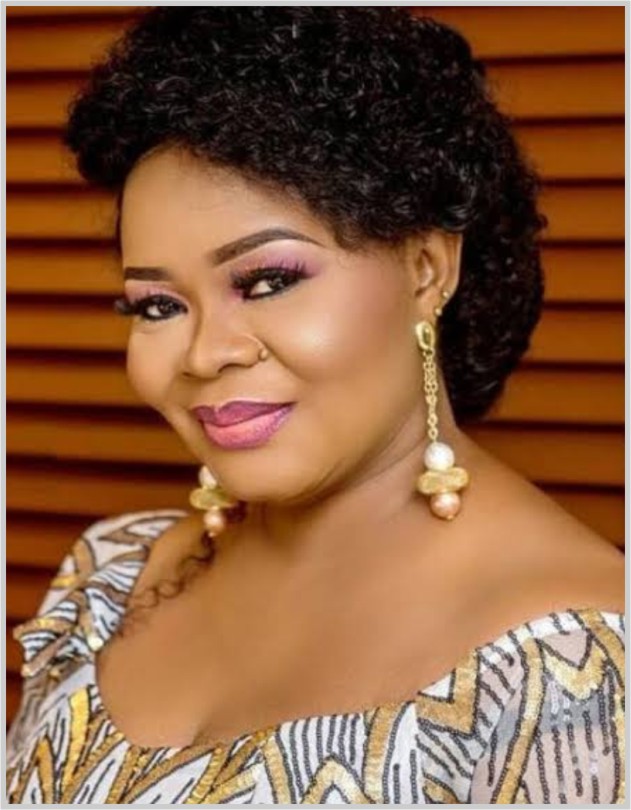 Let’s get personal now, you were doing great back in the U.S.A but decided to relocate back to Nigeria some years ago. What prompted that decision?

You see they say East, West, North or South, home is the best. I see traveling abroad as survival. Most people who travel go there for greener pastures. They make use of the better part of what they had over there; education, stability and the rest of it. You could plan abroad, here in Nigeria it is very difficult. So what now brought me back home? I have my children in America up till now.

But when you are doing good in any business, you would really want to come back home and establish. I am not the type that wants to live all my life abroad. I enjoy going there now for holidays, to check on my children and come back. Then age is no more on anybody’s side. My first kid that I had in U.S. is going to 30 years old now. So I just felt with what I have been able to acquire, I will do better back in Nigeria and touch some souls. That was the main reason why I came back.

You have this business name (Dudu Heritage) that has kind of overshadowed your real name. How did Dudu Heritage come about?

That is irony of life. Because I have heard so many rumours about that, people saying all sorts of things. But to be honest, I wanted to set up an African store in the United States of America. So I was thinking of what I could call it. I chose Oracle, I chose Black Heritage and about three other names. But something now came to me, because of what the store will be dealing with, African items, music and all the rest of it. And it wasn’t Nigerians perse I want to service. I wanted to service the black Americans and the white Americans. Nigerians already know what we are into but the people that don’t know, I needed a catch that will draw them in. My wife then suggested that why don’t we put our native language in front of the heritage as earlier noted, ‘Dudu Heritage’. And you know in America when they say doo-doo, it means shit. But our own is ‘Dudu Heritage’.

So,  I adopted Dudu Heritage, Home of Africa Culture, Entertainments & Arts. In less than three weeks, about three black Americans walked in, they wanted to find out the meaning of ‘Dudu’. I had to explain to them that it means Black and not the other doo-doo. That was how I came about Dudu Heritage.

Popular Fuji musician Obesere recorded his soaraway album ‘Omorapala Overthrow’ under Dudu Heritage Entertainment, which then sparked a kind of controversy. Some say the album was targeted at K1?

That is not true. You see because I am an introvert, it is the making of God that the name became a household name. But if you know me personally, you will know I don’t like noise. I don’t like being on pages of newspapers. If not that events have healed so many things, I might not even have acceded to granting this interview. But because of the fact that I am now the captain of this club, definitely I would want to talk about my club and position it in a very good light. And I would want to be as transparent as I could in every question you ask, that is why I am opening up. I have never granted this kind of interview that I am granting you today.

You see the issue of Obesere was just defined. It wasn’t meant to target anybody. I was not even a Fuji person then. I was just an entertainment person, just to catch fun. As a matter of fact, it was Rasheed Ayinde that first caught my attention when a brother brought him. I rendered what I could. We did promotions and sales for them. The issue of Abass Obesere however came after I promoted a show for K1 in New Jersey. That was in 1998, Oluaye in New Jersey. It was a successful show and the cd was all over. In fact, that show was what brought me and K1 very close. It was after he left that Abass came. And through my friend Bode D Way, we got connected and I did his show. After the show he just said, “Egbon mi, I would like to do a record for you o”. That was how I sponsored that ‘Omorapala Overthrow’. And to me, I was just catching fun. To God be the glory, God made it a huge success. And that is what brought me and Abass together up till today. It is like a brother to brother relationship. If he doesn’t see or hear from me in a week, he would call me. Even if he travels to America and I am not there, he would still call me. Because there is no country in the world that he would travel to that the record didn’t get to. That was why I said it was just destiny.

After Obesere I did Shola Allyson too, ‘Eji Owuro’. It was all over as well. So the sponsoring of Obesere hasn’t got anything to do with K1 or to spite anybody. It was pure business.

So what is your relationship with K1 now?

We are very good. He is a very good friend that I respect. He is close to me and my family. To me, K1 is just a fine gentleman that doesn’t want anything to mess up his career. So when he fights you on his career, you should know that anybody will guide his or her career jealously.

Not much has been heard about the entertainment aspect of your business lately, what is happening to Dudu Heritage generally?

Well, Dudu Heritage the company still stands. Ola Ibironke the man behind Dudu Heritage still stands. You know like I told you, entertainment to me is like a passion. It is just a fraction of what I do. Ironically that is what gave me the prominence. Entertainment generally in the whole world in the last couple of years is collapsing. Because when the developed countries have been embracing Internet, the social media, to distribute their contents, we still believe in CDs and the rest of it. So before we could wake up some people are already cashing in what we laboured for. Don’t forget the piracy is still there, which is still up till tomorrow eating deep into the works of everybody.

Seriously if not for the new dimension, the corporate world sponsoring most of our artists, signing them, giving them endorsements like they do abroad, if they have to rely probably on materials they release, they won’t make any money.

Though we have the population, but the system we run doesn’t make everybody accessible to how they will get the materials.

Aside from entertainment, many of our readers don’t know the other aspect of your business. Tell us little about what you are into presently?

I am into events management, I am into publication. I have a magazine called Society Facts Magazine. I am into contracts because we are also into ICT networking. So that is why I said entertainment is just a fraction of what I do. Basically now that I am dedicating my time to being the captain of this club, I want to focus on how I can leave a legacy here too, before going back to the main thing that I do best.

What has been sustaining your marriage to the popular actress Bimbo Oshin, despite all the rumours?

Well, like I said I have never discussed this, it is my personal life, it is my personal issue. There are so many rumours out there that made me to develop a thick skin. So I keep them guessing all the time because the news still keeps circulating. The wedlock has produced two lovely children; a boy and a girl. So what else is there to say? For a man clocking 60 and still talking about a marriage that has happened 2004/2005?

But there was a story recently that the marriage has collapsed. That your wife had left the house?

That is why I said I always keep them guessing. That is how you know if you are still newsworthy. The only way you let the media run after you is, when you answer every bit and pieces of the stories they write about you. We have been around for a very long time so stories don’t bother us again. “But I can authoritatively tell you that Bimbo Oshin is in my house, any time, any day. Since she has been in my house she has never left. She is my wife. And to prove to you, maybe that would put the issue to rest, I will call her now for you to talk to her. (He called his wife, Bimbo Oshin and put the phone on speaker).

“Hello, I am with City People, we are having a small chat and they said they heard that you have left your husband’s house’’, Dudu Heritage asked his wife.

Bimbo Oshin responded from the other end, “eh, won ma se mistake laye won o!” (It’s a pity, they have made the grievous mistake of their lives). But why are they always saying all that, because we do hear most of these things ourselves? “Anyways, I am in my husband’s house and I have never left.” (Laughs…)

Tell us about yourself, who is Ola Ibironke?

Ola Ibironke is an Ijesha man to the core. The easiest person you can ever meet. I hate troubles. I am a peaceful man, and I cherish my family. I have children in America, I have children here and we are closely knitted.

As I said, my early life was in Nigeria, my university life was between London and U.S.A before I came back to Nigeria. But all my life I have been self-employed, an entrepreneur. Because I don’t believe if you can work for yourself, why work for people? What I hate most is people lying. I hate scandal so you will never see me around any. I always want to keep my life and my family personal because I cherish my children. So what they would read or hear that would derail them, I stay away from it.

Ola Ibironke the businessman, golfer, contractor, a family man and a socialite, how do you juggle between all these?

Those are the things that make one live long. When you occupy yourself, when there is no dull moment and you take care of your health and you have the grace of God, you will live long. They say an idle mind is the devil’s workshop. Like I told you, I am not a party person. But the name of my company is all out there. Some people would see me outside, they don’t even know my real name. So when you are focused on everything you do in life, you won’t be deterred or distracted.