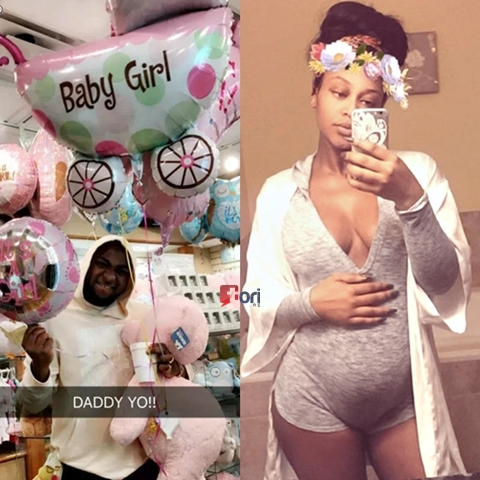 On Tuesday, May 9, Obo singer Davido welcomed his second daughter from a second baby mama Amanda in Atlanta, USA.

Before the arrival of Hailey, a name he gave the newborn days before her birth, the singer was so taken by his other daughter Imade, a daughter bore him by Sophie Momodu in 2015.

One funny thing is that after Hailey was born the singer announced her other name to be Veronica and begins to wonder why the singer named his two daughters after his late mum.

We gathered that before her death in 2003, she was Dr Veronica Imade Adeleke, a university lecturer at BabC@.ck University, Ilisan, Ogun state. She was aged 39 at the time of her death.

Why did Davido named her daughters after his late mum?

We gathered from a source that Davido is the only child of his late mum for his billionaire father Elder Adedeji Adeleke before her untimely death in 2003.

The singer was quite young, just nine years old, as at the time of the death of his mum.

The love he has for his late mum fate never let him know much he is transferring to his daughters as he is seeing her in them thus naming them after her.

He, at a point during the drama between his family and Sophie’s family over Imade, claimed he will defend her with the last of his blood.

From his care for Imade and Amanda all through the pregnancy stage, Davido looks a homely guy.

Can we call Davido a mama’s boy?

The Mystery behind Davido’s choice of names for daughters revealed – See First photos of his New Baby was last modified: May 11th, 2017 by Daniji Emmanuel