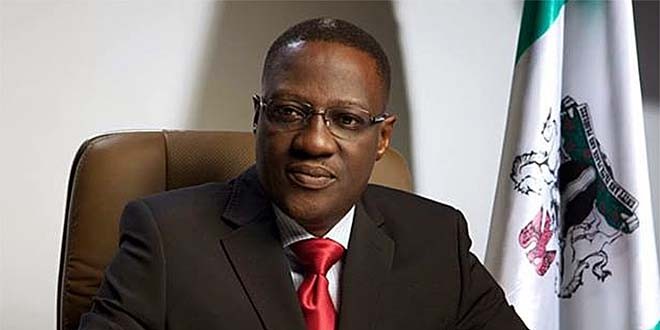 The Governor Abdulfatah Ahmed-led administration in Kwara State may have embarked on alleged spending spree, following its receipt of the N5billion Paris loan refund according to The Point

The latest disbursement from the refund is the N850milion made to 58 communities. The state government had upon receipt of the Paris loan refund, released N1billlion to the local government councils, while an other N890million was released for the payment of the outstanding salary arrears of the staff at the state-owned Colleges of Education, which had accumulated over 14months.

Also, N400million was released to augment the December allocation of the councils in the state. This is in addition to the N41million empowerment scheme also embarked upon by the government, making it a total of N3.2billion already expended from the N5billion refund.

The balance, according to Governor Ahmed, “Would be channeled into critical infrastructural projects and other people-oriented programmes across the state such as the small and medium scale enterprise scheme”.

The governor said that the explanation on how the money was spent became expedient in view of “some unfounded claims the refunds have generated”.

However a lawyer, public commentator and social critique, Olanrewaju Abdul, described the amount so far expended from the refund as, “lacking reasoning,” adding that it, “does not take into cognisance the priorities of the state.”

Abdul described the alleged government’s insistence on embarking on such a spending spree without first clearing the salary arrears of local government staff and tertiary institutions workers as callous and inhumane. “The government has shown it is anti-workers.

These are the same workers that have endured nonpayment of salaries and allowances in the past 14 months on the government’s excuse of lack of resources.

Now that the resources are available, one would have expected the government to make the salary payment a priority; rather it has chosen to embark on political empowerment, which, to all intent and purposes, is meant to compensate politicians as against the impoverished workforce,” he added

Slay or fail: What do you think of Keke Palmer’s outfit?