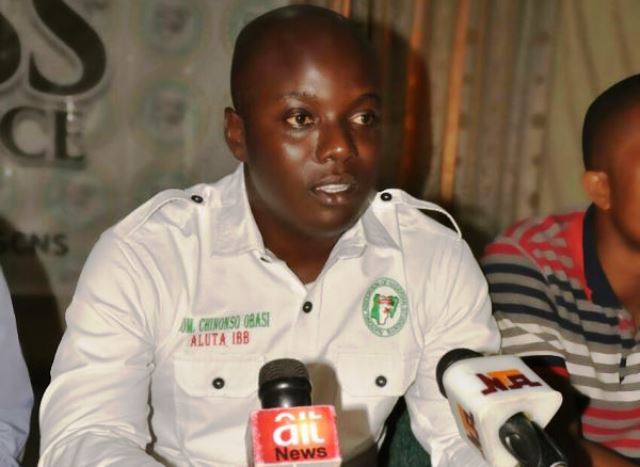 The two factions of the National Association of Nigerian Students (NANS) have agreed to put their differences aside and hold a unity convention in the interest of Nigerian students.

The two factions led by Chinonso Obasi, and Aruna Kadiri, after a conciliatory meeting on Tuesday in Abuja, fixed May 3 to May 5, for the NANS 2018 convention, at a yet to be announced venue.

A resolution signed by Messrs Obasi and Kadiri, and made available to the News Agency of Nigeria (NAN), said the parties agreed to set up convention planning committee.

The resolution said that the duo would henceforth be addressed as co-presidents, pending the emergence of new NANS leadership.

“We resolved to constitute a 60-man Convention Planning Committee (CPC), with the existing Kadiri’s list with an amended Obasi’s list, bringing in a co-chairman and co-secretary.

“Henceforth, the supporters of Messrs Kadiri and Obasi must abide by the resolutions and abstain from using foul language on one another,’’ the resolution stated.

Mr Obasi was elected NANS President on July 19, 2016, at a convention held at Patani Stadium, Gombe, while Mr Kadiri emerged President at a parallel convention, held on September 4, 2016, at Old Parade Ground, Abuja.