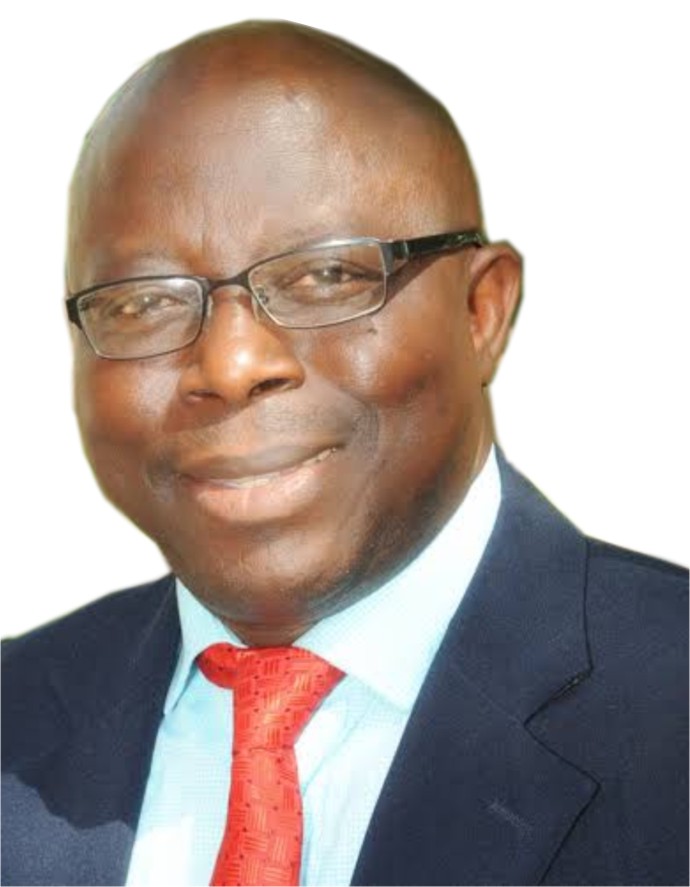 The former Manager Director at the defunct National Mirror newspaper, Dr. Abiodun Raufu has revealed his readiness to quit the back seat as far Oyo politics is concerned. The journalist-turned lecturer made this shocking revelation on a radio program in Ibadan some days ago. Raufu, who is also the former M.D of Nigerian Tribune, is set not only to play an active role in politics but to contest House of Reps seat of his constituency, Akinyele/Lagelu comes 2023.

The decision, according to Raufu, was based on the fact that the reputable men must rise to salvage Nigeria from totally collapsing, and also to give back to the society in his own little way. In order to facilitate more developments to his constituency.

Dr. Raufu, who is currently an Assistant Professor at a University in the United States of America, feels Nigeria is in dire need new set of leaders, who are honest and are not self-centered.

As poverty, according to him, has ravaged many parts of the country, hence many people now live from hand to mouth. To him, the best way to help the people is to get involved in politics and ensure that resources are efficiently allocated to help the society. “I could have stayed in my comfort zone and do nothing, but I want to give back to the society,” he said. Dr. Raufu is of the opinion that with the current situation of things in Nigeria, all men of goodwill must come out and do something.

“We must not allow this country to crash and I need to take a stand that is why I am coming out to contest under the umbrella of Peoples Democratic Party (PDP) to represent Akinyele/Lagelu constituency in the House of Representatives”.

Tackling more questions in the course of the interview, on a weekly radio show, Parrot Xtra Hour on Radio’ anchored by Olayinka Agboola, and aired live on the Broadcasting Corporation of Oyo State’s Oluyole 98.5 FM, Ibadan, Rauf also submitted that the problems facing Nigeria are beyond corruption.

He stated that many government agencies have engaged in white elephant projects that are not beneficial to the people at the lowest level. That what Nigerians need are basic amenities such as water, electricity, health facilities, good roads as the absence of these will lead to lack of development.

He equally suggested that the best way President Muhammadu Buhari can reduce unemployment is by making “agriculture attractive to the youths while stating that the government can make millionaires out of young farmers”.

“Young Nigerians are afraid of venturing into agriculture because the basic amenities are not available to guarantee their success and survival in the sector.” He described his unforgettable experiences when he ventured into farming around Oke-Ogun area of Oyo State. That he recorded great losses because of bad access roads.

“I had a farm around Oke-Ogun before I went to the US – most of the roads were just meant for motorcycles. I bought N350,000 worth of cassava stems from the International Institute for Tropical Agriculture (IITA) and was transporting them to our farm, I lost more than half of the stems and the distance between the farm and the main road was just about five kilometers.

When asked what he would say to Governor Seyi Makinde of Oyo State if he is given the opportunity to offer an advice, his response “I will want Governor Makinde to concentrate on providing basic amenities for the people at the lowest level because that is their need at the moment”. Dr Abiodun further revealed that while he was on tour of his constituency, the people’s desires included need to have access to potable water and electricity.

When asked about how he became a journalist, Dr. Raufu said it was never part of his plans to become one.

“It was not part of my plan while I was growing up. It was when I got to the University of Ife that I developed a passion for it. Some of my roommates were campus journalists and they discovered that naturally I have a flair for writing and I began to go around with them. Some of my mates then were the former SSG to Ogun State Government, Mr Taiwo Adeoluwa, Senator Babafemi Ojodu.

“Along the line, I started writing features stories for major newspapers in the country and people thought I could write extremely very well even though I was still trying to navigate my way into academics because it was my childhood dream.

So, I was writing and sending features stories to Daily times and one day, I got employed there. From there, I went to work with The Punch Newspaper. At a point, I was Press Secretary to my late mentor, Dr Ahmed Kusamotu. After that, I worked at the Nigerian Tribune before I was employed by Mr. Jimoh Ibahim as the Managing Director of the National Mirror Newspapers.”

Dr. Abiodun Raufu’s success story didn’t just happened overnight, he is been able to walk his way to the top by dint of hardwork and the grace of God. He has paid his dues. Despite his very humble background (his father was a butcher while the mother was a pretty trader, they are both from Ibadan), he has done so well for himself both as a journalist and academically. He is an accomplished and an award winning journalist. He is a well respected scholar, grassroot politician and a philanthropist. He has positively touched many lives with his Abiodun Raufu Foundation across Lagelu and Akinyele local governments and beyond.

Dr. Abiodun Raufu is also well connected in the political circles across Nigeria. Though he has never vied for an elective post, but he has been in politics all along, operating at the background. Having learnt the nitty gritty of politics from the late Dr. Ahmed Kusamotu, the then National Chairman of the defunct National Republican Convention (NRC), under who he served as the Chief Press Secretary.

Since 1999, he has played informal advisory role to virtually all the governors of Oyo State, irrespective of their political affiliations, offering them ideas and preparing blue prints that can help move the state forward.

He got his B.A in Philosophy and Sociology from the Obafemi Awolowo University, MSc in Political Science from University of Lagos and PhD in Criminology from Texas Southern University, Houston Texas, USA.

He is credited with the bringing numerous innovations that helped turned Nigerian Tribune from a struggling company to a profitable enterprise during his time at the media organisation. He later became the Editor-in-Chief and Managing Director of National Mirror Newspaper in Lagos between 2009 and 2011.

He later left to manage his own businesses before leaving for the United States of America to acquire a doctorate degree in fulfilment of a childhood dream.

Humble and selfless, Dr. Raufu relate easily with both the rich and the poor. He has always been a compassionate individual which motivated him to set up Abiodun Raufu Foundation, an outreach organisation to which has so far put smile on the faces of many people including in Lagelu and Akinyele local governments.

Dr. Raufu has been under tremendous pressure for years to run for political office. His deep love for Ibadan and Oyo State in particular and Nigeria, in general, has made him to give in to the incessant pressure. This explains why he is showing interest in representing the good people of Lagelu and Akinyele Federal constituency to give them quality representation in the House of Reps come 2023.

With additional info from the internet

10 Real Estate Players In Their 30s Who Are Playing BIG