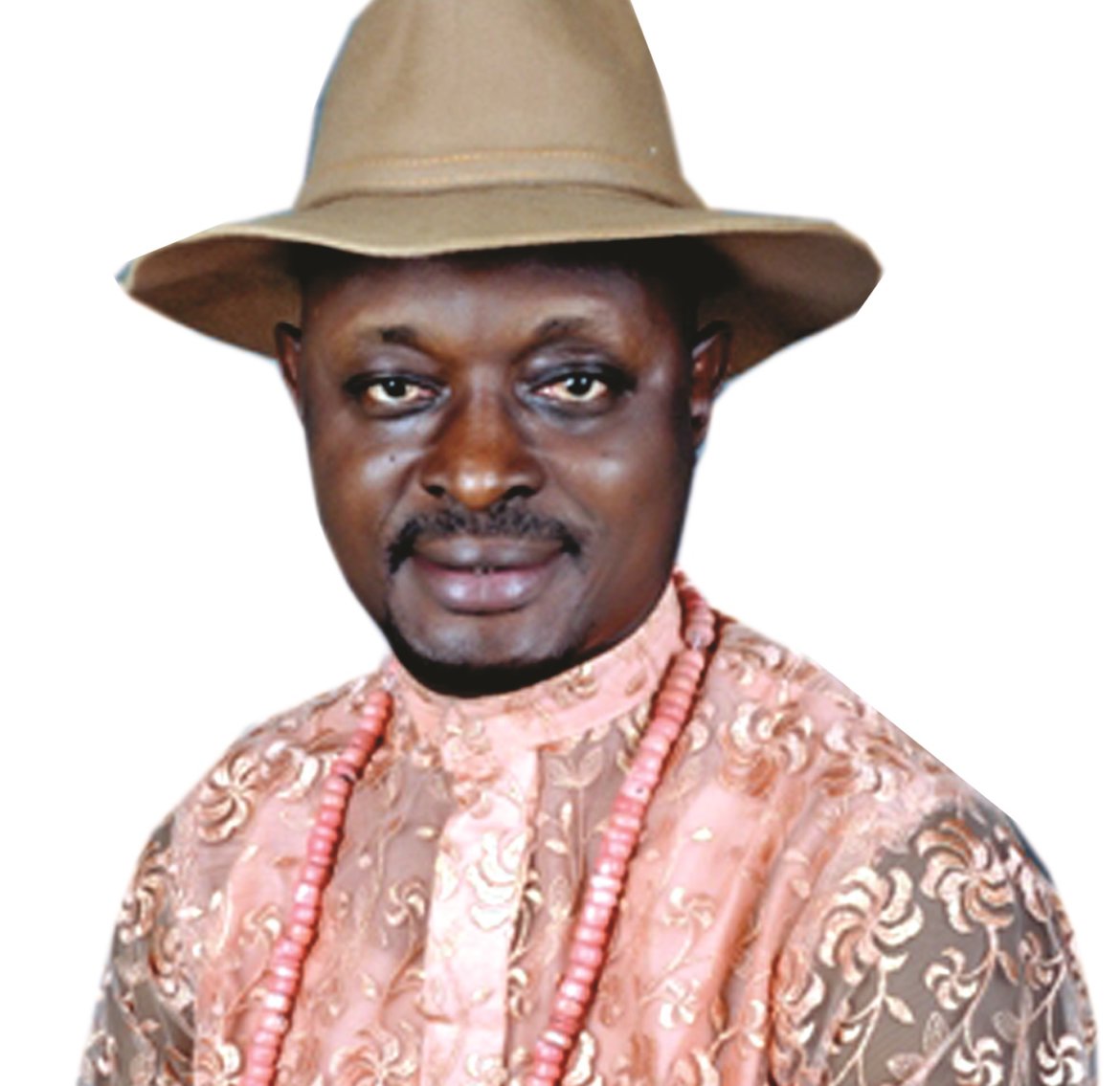 Set To Contest Elective Office As He Turns 50

Surprisingly however, instead of rolling out the drums to celebrate, he prefers to have a low key celebration and unveil his new plan, and that is joining politics to empower his people.

The upwardly-mobile pen pusher who began his journalism career 22 years ago having worked as a society writer with Goodtime Magazine, Fame Magazine, Marvel Magazine and City People Magazine before setting up National WAVES Magazine 10 years ago studied Mass Communication at the prestigious University of Lagos and Public Administration at the Ambrose Alli University, Ekpoma,

The amiable publisher who is not leaving any stone unturned to realise his ambition spoke to National WAVES’ North Central Bureau Chief ABDULLAHI ABUBAKAR about his life at 50, National WAVES Magazine at 10 and his new move. It’s quite revealing. Read on…

I’m happy to celebrate my golden jubilee. I feel excited and more importantly give all the glory to God who saw me through the darkest moments of my life. Without God, I wouldn’t be celebrating this milestone. I know he’s not done with me. As a matter of fact, this is just the starting point. For me, life begins at 50.

National WAVES Magazine which you conceptualized when you celebrated 40 is 10 years old. What will you do to sustain and ensure it remains on the newsstands?

Well, I guess your question revolves around what happened to some publications which went into extinction after 10 years. Well, with God on our side, adequate planning and good hands, I think we shall not have problems surmounting the challenges of being on the newsstands.

You are very correct; some publications that survived the challenges associated with the early stages went into oblivion on attaining a decade. But for us at National WAVES Magazine, we have learnt the ropes and will rely on the experience acquired over the years to ensure we continue to churn out quality products on monthly basis. For me, ensuring that National WAVES hits the newsstands on monthly basis has become a sort of passion. It has become part of me and it is about ensuring that my dreams come to fruition.

It’s quite expensive to publish glossy and all colour magazines but you have consistently published National WAVES for 10 years. How did this evolve?

As I said earlier, this was made possible by His grace. It is just the grace of God. I remember when we came out with the first edition in February 2008; many of my colleagues who saw it came to me and asked me how I intended to sustain it. Even my wife kicked against it. She advised me to remain with City People and buttressed her argument with the quote of ‘’ a bird in hand is worth than 10,000 in the bush’’ She also reminded me of the numerous bills I needed to settle. I was so adamant that I did not inform my wife when I travelled to Lagos to drop my resignation letter.All those who were against it hinged their arguments on the high cost of producing such magazine and if I had such money to sustain it. Some even mocked me saying ’being an experienced journalist is different from being a publisher or an entrepreneur. They urged me to do a proper feasibility study before resigning my appointment as the Abuja Bureau Chief of City People Magazine but I simply told them that I had made up my mind long ago about this project. This was a project I had carefully studied and prayed on for two years but the problem was how to get funds to set it up. Most investors shy away from investing in the media because for them, it’s difficult to make profit in this line of business. I remember vividly that I wrote about two to three proposals to some of my friends who were initially interested in the project but they fizzled out for reasons best known to them. I think what we needed then was about N10 million. It was not about the money. These friends of mine had more than enough. To them N10 million was something they could afford but they declined to invest.

So how did you get the funds to set up National WAVES Magazine?

At this point I need to thank Dr. Seye Kehinde, the publisher of City People Magazine who gave me the opportunity to come out with the pilot edition while still working for him. Having worked at City People Abuja office for seven years I was to celebrate my 40th birthday and I left my desk in Abuja to see him in Lagos. Basically, my intention was to discuss how to celebrate my 40th birthday. At the meeting, I was so categorical. I told him I needed to publish a special edition for my birthday and he obliged me. I was ecstatic. What I had in mind was just a one-off thing that I could take to some of my friends and convince them to buy into it but had to change my mind because I realised some money, (although not what I had in mind) but enough to continue with the project from the 40th birthday congratulatory adverts placed by friends and well-wishers. I sincerely thank those who gave me congratulatory adverts for that first edition. It was the tonic that spurred me into action. So I forged ahead and to God be the glory, we are still in business.

Your birthday comes up on February 26, how do you intend to celebrate it?

Although on account of the nature of my job, I like to hang out, I’m not a party freak. Many have envisaged that it will be a big bash but for me, no elaborate party. I will be having a get-together with my friends and family and meet with my people, the widows and the less-privileged. Instead of squandering money to organise a shindig I rather give back to humanity.

In fact, I shall unveil my plans for 2019 on my birthday. I have made up my mind to contest an elective position come 2019. My conviction to contest an elective position in 2019 is borne out of my desire to serve and empower my people. I am stating categorically and unequivocally that those who stole our commonwealth shall not have peace. I’m sick and tired of literally sitting on the fence to watch some corrupt and greedy people siphon or steal money meant for all Nigerians. As you know, I had exposed some of these people on my platform but I think that is not enough. I want to be actively involved in politics. By doing this, I will be able to touch more lives, especially the widows and less-privileged. I have been doing this with the resources at my disposal through Victory Foundation, a non-governmental organisation under my watch which had given succour to widows and less-privileged.

I have prayed and fasted over my new plan and I know that God in His infinite mercy will see me through. The billions stolen could be used to empower those who do not have jobs; those graduates who roam the streets in search of jobs can be empowered. It can be used to fix our moribund refineries, bad roads and the power sector.

Don’t ask me which position I will be vying for because I’m not ready to let the cat out of the bag. I shall make it public at the appropriate time.

Now that you have made your intention to go into active politics known, how will you combine running National WAVES and politics?

We have good hands who can handle the editorial aspects of production, so we are not losing anything, I can be consulted for other purposes. I will still find time to attend to this until I have contested, won election and sworn in which I know will come to pass by His grace.

Joining active politics is a clarion call to serve and I shall not disappoint my people and my creator in this regard. I will ensure I serve my people to the best of my knowledge, I shall leave an indelible mark in my first term that my people will yearn for more, in fact, they will request that I’m given a higher responsibility. I shall leave my footprint in the sands of governance. I have told those close to me that I sought the hand of my creator to lead me and not to allow me to derail in giving my people the dividends of democracy and I know God will not fail me in this regard.

As a journalist who has been practising for over two decades, you must have witnessed a lot of harassments. How did you surmount this?

Definitely, I have been harassed severally on the job. Not only that, my life had been threatened in the course of my duty as a journalist. As regards National WAVES Magazine, we have been dragged to different courts by those who felt maligned by our stories but the good news is that in all we triumphed.

As a trained journalist, I have abided by the ethics of the profession; you can come to my office or send stories to me through email. I will not publish same until I have thoroughly investigated such stories. That is to say all sides must be heard. But we had instances where principal actors involved in some stories made it difficult for us to do our job. You tried to reach them through SMS or phone calls to verify your stories and get them to react albeit unsuccessfully.

Take for instance the story of an oil magnate in Abuja, we wrote him to verify the story and also state his own side but he ignored our letter only for him to harass us and drag us to court after the said story was published. At the end, the matter was struck out by the court. These are some of the challenges we encounter in the process of carrying out our duties.

I read inspirational books; I read biographies of great people. I love to hang out with my colleagues. I also relax by watching matches played by Chelsea Football Club. I’m a great fan of Chelsea; I have watched Chelsea play live at Stamford Bridge. I’m just down with football and I love football with a passion.

What is your favourite food?

Don’t forget I’m an Uhrobo man; my favourite food is starch and banga soup. It is quite delicious.

I Have Flown The Highest No Of Different Aircrafts – OMOTOLA’s Husband, Capt. MATTHEW EKEINDE