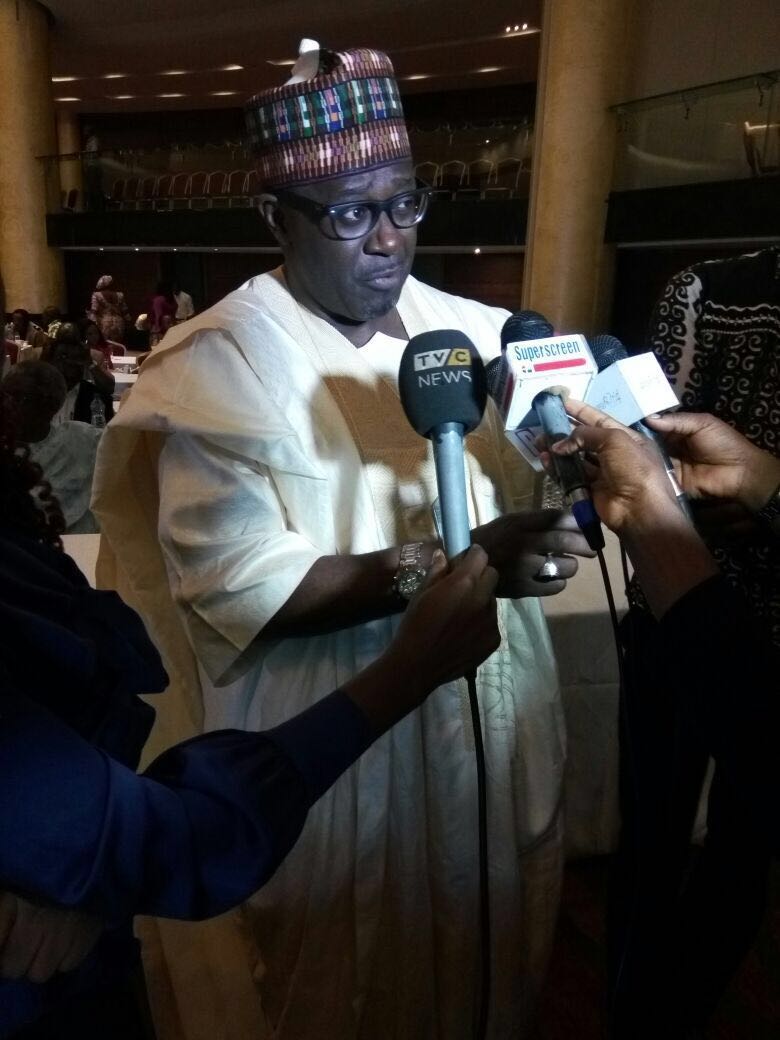 The TV station is allegedly owned by the Indigenous People of Biafra (IPOB).

He made this known on Tuesday while speaking with journalists at an interactive session in Ilorin, Kwara state.

He said that while security agencies have been able to stop the Boko Haram-owned station from transmission, Biafra Television is yet to be blocked.

Kawu said this is as a result of the international transmission system with which the station is using.

He warned against revolutionary transmission, saying such unlawful act could threaten the Nigeria’s unity.

“Last week, I was in the office of the inspector-general of police and they had a TV screen and what was being broadcast was on Biafra Television; they were saying some of the most outlandish things, showing videos from the 1960 s and abusing everyone,” he said.

“Now, this is happening and they were asking us (NBC) because our duty is to monitor and regulate such but the television is coming from outside of Nigeria.

“Our engineers have been making contacts with the international satellite organisation that does broadcast to Africa about the fact that you cannot allow subversive broadcast into Nigeria from other parts of the world.

“The Biafra Television in the south-east, we have been tracking the station . The broadcast is coming from outside Nigeria . We have been asking questions from international satellite test systems where they are coming from. That is how it is for now.

“Last June, Boko Haram was starting a new radio station, I think on 91 .00 megahertz on the FM band from the border between Nigeria and the Republic of Cameroon and so it was our duty to inform security organisations what was happening so they could take it up and which they did eventually.”

He further said the commission is currently owed about N3bn and that stations yet to pay their fees risk getting shut down.