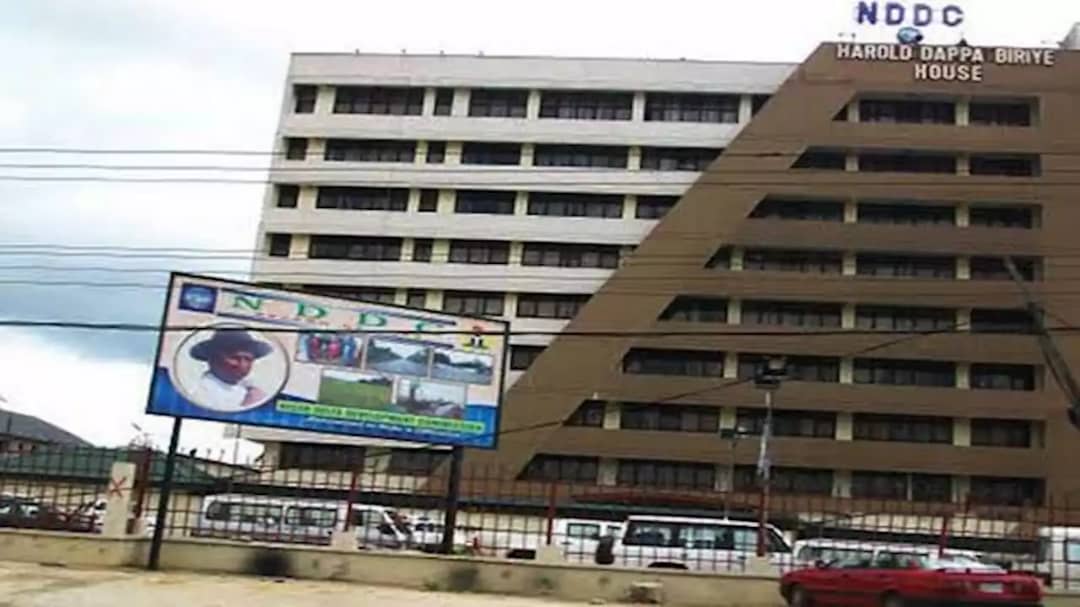 Apparently reacting to a recent statement by the NDDC, which suggested that the chairman, Senate Committee on Niger Delta, Perter Nwaoboshi used 11 companies belonging to Agabamuche for the execution shady contracts worth about N3.6 billion, the contractor said such allegation was a baseless fabrication by mischievous officials and management of the Commission.

He further describe the allegation as a calculated deception. “This is another blatant lie. It is bothersome when this kind of barefaced mendacity is supposedly coming from an official quarter. I state unequivocally that this is untrue,” he said.

He, however, alleged that the Commission attributed ownership of his companies to unknown persons, noting that the move could be sinister plot to by fraudulent individuals to divert what rightfully belongs to him.

Agbamuche, who is the Odozi – Ani
Of Akwukwu Igbo Kingdom in Dekta State, had recently cautioned the NDDC, not to drag him into the battle with the National Assembly.

In a statement personally signed by him, expressed apprehension that, “at this point, I am beginning to suspect a deliberate conspiracy to forcefully capture what rightfully and legally belongs to me. My companies have been winning contracts for over 15 years; I am therefore worried that misguided officials are attributing the ownership of these same companies to another person.”

He wondered why unsubstantiated claims against him would be peddled from an official source of the NDDC, an institution that should have records to verify contract related issues.

“My attention has again been drawn to another set of lies and unsubstantiated accusations against my person by officials of the NDDC, on allegations of contract awards that I have earlier denounced and called on security agencies to investigate.

“The latest mention is, sadly, uncharitable and very unbecoming of an institution that should have records in its care to verify contract related issues, devoid of false allegations,” he added.

He further discountenanced narratives that his companies fronted for a serving senator to secure the contracts.

“For emphasis, let me reinstate that I have been bidding for jobs and executing the ones won with all diligence long before the Senator they are struggling so hard to attach me to get to the National Assembly. For the record, I have never been to the National Assembly; the security agencies can please check the CCTV recordings of their premises to confirm this.

“The said contract for the supply of chairs was advertised on national dailies where I came across it. Companies’ managements bided differently as a common practice to improve chances in the highly competitive bid process. Jobs were won and satisfactorily executed. Certificates of job completion were duly issued afterwards and payments were made.

“According to the dictates of the awards, all contractors were meant to lease warehouses for a certain period for the purpose of warehousing the goods with the supervision of NDDC officials because the commission’s Warehouse could not contain the supplies. Mine was not different; we leased a warehouse to store those items under strict supervisions of commission’s officials until they personally distributed goods by themselves. Records are there. The recent baseless allegations that could easily be verified from official files in their possession are therefore appalling. Perhaps the commission’s official who alluded to those lies should have waited to come out of isolation to verify his statement,” Agbamuche added.

He stated further that, “The Delta State angle is another outright lie. The last set of jobs any of my companies executed for Delta State government was around 2006, during the tenure office Chief Ibori. The completion of the magistrate court at Ibusa Road, Asaba should be the last. Such durable delivery attests to our track record. Our glowing records with multinationals and MDGs should therefore not be tainted with unfounded speculations. I did not supply plastic chairs to Delta state nor involved in the sale of any. This can be verified, easily.

“For the umpteenth time, these people should leave me out of their diatribes and cold war. I have responsibilities to my kingdom that demands unassailable public records that I have carefully built. This satanic drag must stop; I may be forced to seek redress against any official if this does not stop.”