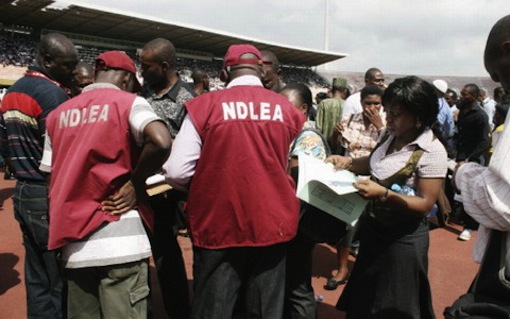 The National Drug Law Enforcement Agency (NDLEA), FCT command says it is poised to curb drug abuse and trafficking among youths in the territory through “Surprise Raiding Strategy” (SRS).

Mr Peter Adegbe, the Public Relations Officer (PRO) of the command disclosed this in an interview with the News Agency of Nigeria (NAN) on Friday in Abuja.

He explained that the SRS as the name implies involves surprise raids on the traffickers’ black spots and hideouts in the territory such as Zone 4, Bannex, Jabi and other areas in the outskirts of the FCT.

According to Adegbe, the strategy is part of the agency’s efforts in tackling drug vendors and traffickers in the territory and environs.

He said the command would achieve the goal by ensuring that the demand and supply of both cocaine and cannabis sativa are reduced to the barest minimum.

“Once people, especially the youths, are well informed about the dangers of drug abuse, the demand will drastically reduce and this will affect the supply.

“The command has chosen to tackle the menace of drug abuse and ridding the territory with this new strategy,” he said.

The spokesman said that the menace of drug abuse had become a global concern as citizens particularly young people in several countries were engaged in the act.

“It is disheartening that children at tender age already have problem using drugs.

“There should be deliberate and sustained efforts at educating the younger generation on drug prevention,’’ Adegbe said.

The spokesman said the command would not relent in its efforts to rid the FCT of hard drugs, adding that several campaigns had been held in this regard.

He urged Nigerians especially parents and guardians to give listening ears to their children and youths who were the vulnerable groups against drug abuse.

Adegbe also appealed to residents of the FCT to join hands with the NDLEA in ensuring a responsible society void of social vices.

“The public needs to understand that they should also support the NDLEA in tackling this drug menace,” he said.

READ ALSO: HOW ARMED POLICEMEN RAIDED THE HOUSE OF FORMER AIDE TO JONATHAN