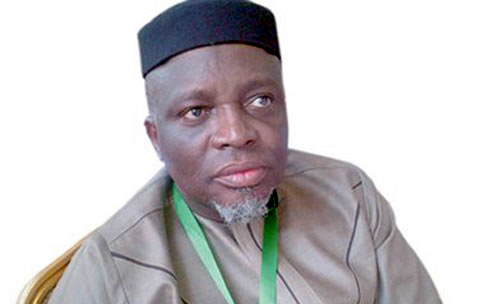 The Registrar of the Joint Admissions and Matriculation Board, JAMB, Prof. Is-haq Oloyede, has declared that he has never collected bribe from anyone.

Prof. Oloyede, who is also the immediate past Vice Chancellor of the University of Ilorin, made this disclosure while reacting to allegations of fraud level-led against him by the Academic Staff Union of Universities, ASUU.

The union had in a petition sent to the Economic and Financial Crimes Commission, EFCC, accused Prof. Oloyede and the incumbent vice chancellor of the university, Abdulganiy Ambali, of fraud totalling more than N2 billion.

Other allegations levelled against the duo include pension fraud, unremitted deductions, extortion from students, contract inflation and kick-backs; as well as unlawful payments to

ex-principal officers of the university.

In his reaction, Prof. Oloyede denied all the allegations. The don said he has never taken bribe,

extorted anyone, inflated contracts nor accepted gifts from any contractor.

The JAMB registrar also maintained that he operated a transparent system within the period he served the university as vice chancellor.

“I am extremely selective in accepting gifts from even personal friends. My needs are limited and my legitimate income is sufficient to spend on my volunteer work,” the JAMB boss said.

“I have never in my life collected bribe, inflated contracts, extorted anyone nor accepted gifts beyond “Thank You greeting cards” from any contractor, dead or alive.”

Before his appointment as JAMB registrar, Prof. Oloyede served as vice chancellor of the University of Ilorin between 2008 and 2012.

In August 2016, President Muhammadu Buhari appointed Prof. Oloyede the registrar of the Joint Admissions and Matriculation Board, JAMB. He was appointed alongside sixteen other heads of parastatals and agencies under the Federal Ministry of Education.

But in his response to the union’s petition sent to the EFCC on Thursday, Prof. Oloyede said that his response to the allegations was necessary because there is need to “thwart the Satanic objective of distracting me from the national assignment which they protested against but failed.”

The JAMB boss however called on the anti-graft agency, EFCC, to investigate the allegations and take necessary action after establishing the truthfulness of the case brought before it by the union.