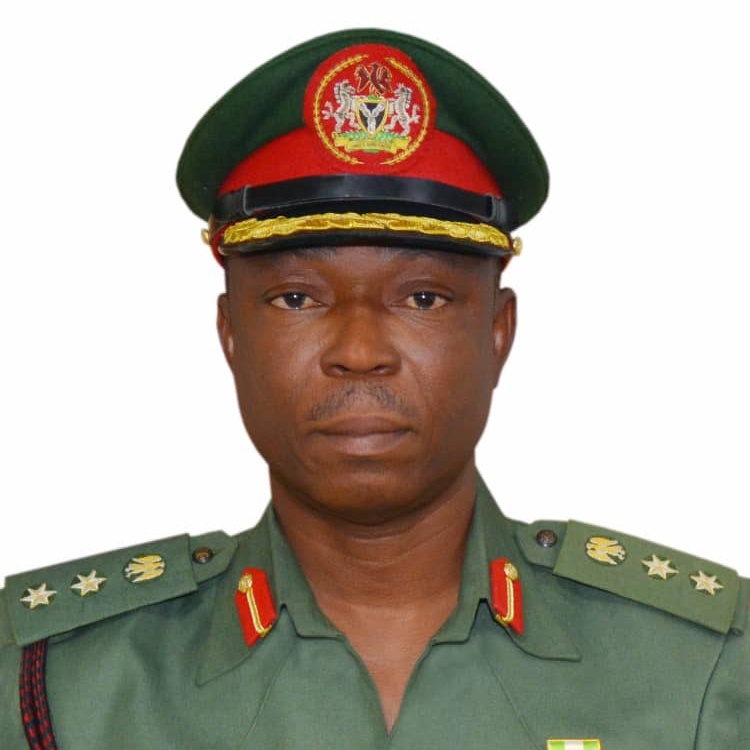 The outgoing Acting Director of Defence Information, Brig Gen John Agim, in a brief handing over ceremony, said he felt fulfilled for attaining the peak of his career in the military as the ceremony marked his disengagement from the service.

He appreciated the Chief of Defence Staff, Gen Abayomi Olonisakin and Chief of Army Staff, Lt. Gen. Tukur Buratai for the opportunities they gave him, saying the task of managing the image and reputation of the Armed Forces is very important but quite challenging.

He called on the media to support the Armed Forces of Nigeria (AFN) in the fight against terrorism and other criminal acts across the country, saying the Boko Haram Terrorists have become the common enemy of the country.

Nwachukwu enjoined the media to change the narratives of their reportage of events in the Northeast in a manner that the Boko Haram Terrorists would not enjoy publicity in the media anymore, asserting that publicity had become oxygen for terrorism.

He said: “May I seize this opportunity to remind us as media and public relations professionals, that publicity has been severally identified as the oxygen of terrorism. It is the life of the terrorists and keeps them going.

“Terrorism is a societal ill and an aberration. It is a threat to our collective peace, unity and national development and must not be allowed to thrive.

“It is therefore pertinent, to work hands in gloves to deny our common adversary the oxygen of publicity and crush the grandiose ego of terrorism.”

Colonel Nwachukwu, who was the spokesman for Operation Lafiya Dole in the Northeast before his new appointment, further called on media practitioners across the country to remain resolute and professional in their reportage of events regarding the military for the peace and security of the country.

Colonel Nwachukwu said: “There is no gainsaying, that contemporary security challenges have orchestrated a paradigm shift from the traditional interstate warfare between nation states to intra state conflicts, engendering a plethora of security challenges such as terrorism, insurgency, militancy, banditry and other sundry crimes.

“These developments have been most times, overwhelming for the paramilitary agencies, thereby occasioning the invitation of the military to act in aid of civil authority to restore law and other and ensure peace and stability.

“Therefore, in addition to the defence of Nigeria’s territorial integrity, the Armed Forces of Nigeria is engrossed in containing security challenges that are of internal disposition. I, therefore, urge you to use your respective reputable media to support and appreciate the AFN for its commitment and steadfastness in ensuring national security.”

New Iyalode Of Ibadanland To Be Installed Soon – Olubadan