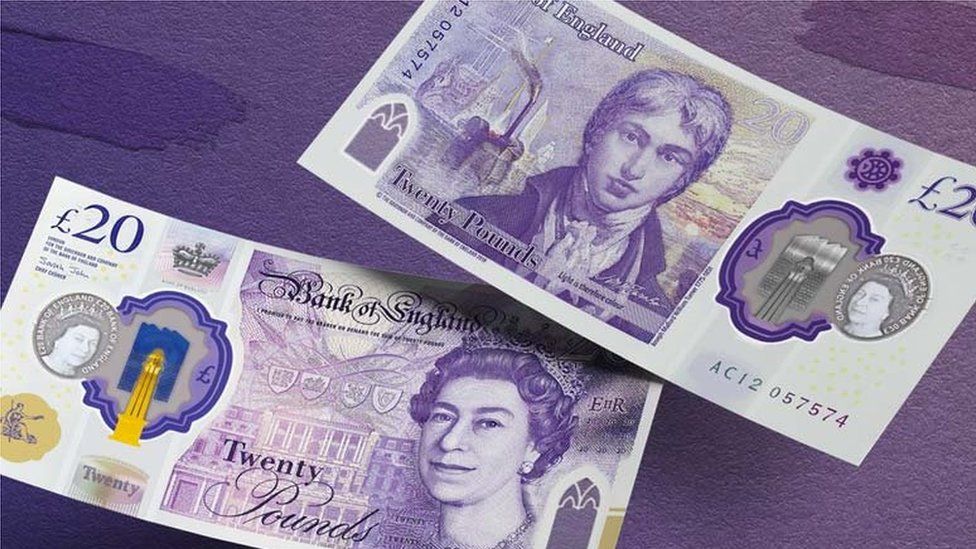 The 20-pound note is the third to be made of durable polymer material rather than paper, following the launch of new five-pound and 10-pound notes in 2016 and 2017.

“Moving the 20-pound note to polymer marks a major step forward in our fight against counterfeiting,” the Bank of England’s Chief Cashier, Sarah John, said.

There are currently around 2 billion 20-pound paper notes in circulation in Britain, featuring the 18th-century economist, Adam Smith, and they will remain legal tender for now.

BoE Governor Mark Carney, who was due to launch the banknote at London’s Tate Britain gallery on Thursday, said Turner was “arguably the single most influential British artist of all time”.

Turner is best known for his seascapes, which grew more abstract with age.

As well as his self-portrait, the new note features one of Turner’s most famous paintings, “The Fighting Temeraire”, which depicts the last journey of a ship that played a key role in Britain’s naval victory over France in the 1805 Battle of Trafalgar.

A new polymer 50-pound note, featuring the 20th-century mathematician and computer scientist Alan Turing, is due to enter circulation next year.

READ ALSO: HOW ABUSE OF PARACETAMOL CAN LEAD TO DEADLY AILMENTS – DOCTOR