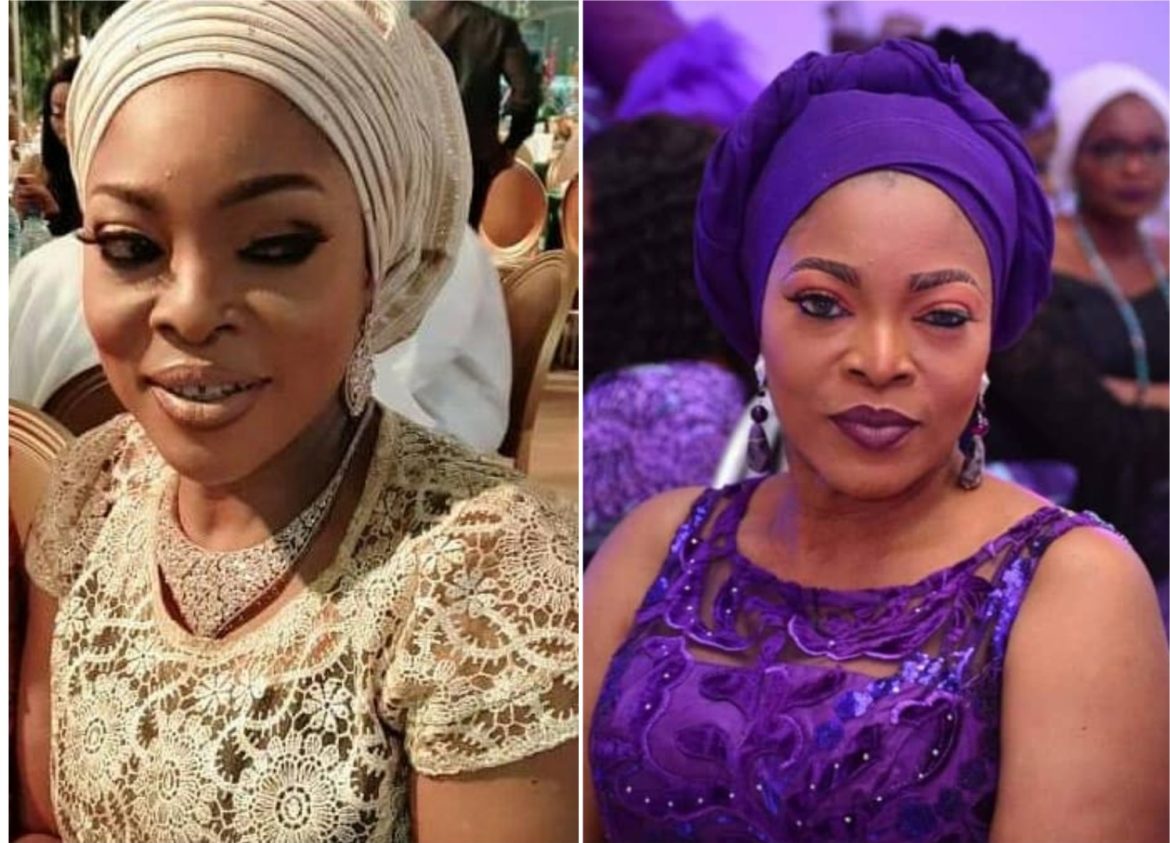 •Led By Hajia Montai As President

In the last couple of months, if you are a regular Owambe person, you would have noticed this new set of female cliques who rock Lagos parties. They are set of celebrity ladies numbered up to 28. They move together and do things together. They are not just party rockers but they have turned this clique to an association where they help themselves and in turn help the community. They are called the WAP sisters, Women Association of Progress.

This set of celeb women who are close to 30 members always bring in their A-game to any event. They bring in their own clique of friends and they lighten up the party. Whenever one of them is having a party, all others mobilize their friends to the event to give it a more classy look. They are well connected and when you mention celeb women, their names crop up and oftentimes, you will see them doing uniform things. They have been known to always support each other.

All of them are big-time celebrity women who make parties tick. They go to parties in circles and lighten up any social event. One thing they do amongst themselves is, each one of them has a clique of friends and they move en-masse with their crowd whenever anyone of them is having an event. That is why you will always see them together. They share a very close bond.WAP is founded by Olayinka Adewunmi, a Lagos celebrity woman popularly called Yeyeoge who has been around for a long time. She is the CEO of the popular Catwalk Studio and modeling Agency. She is also a bead jeweler, she runs BJewel, a thriving accessory company. WAP is a registered company under CAC and it is just a year old since it’s been founded. The president of the group is Lagos society woman, Tai Elemosho popularly called Montai. They have been seen at many events like Chief Rasak Okoya’s 80th birthday, Prince Bisi Olatilo’s coy anniversary and many more.

WAP is a group of like-minded respectable women aiming to give back to the community and also empowering other underprivileged in our community, Not your regular women group, It is dedicated to raising the bar of womanhood by nurturing, giving and making necessary changes where lacking and bringing Honour back to the image of women and most of all, it about Friendship. As part of the CSR, they have embarked on giving out to about 5 different primary school Educational Supplies & visited old people’s home in Ikorodu to bless them with food supplies/clothes/ medicals. What was the motive of this group? It is to change the norms & beliefs about women, to show the value of women in our society at large also to impact positively Socially, Morally, politically in all aspect of life generally.

The other members of the group are also big-time businesswomen who run thriving stores in Lagos. They have been in businesses for a long time and no wonder, when they mention successful entrepreneurs, their names will surely crop up. The members are Yeye Oge Yinka Catwalk who is the Founder/Chairperson, Folake Akande is the Co-Founder & PR executive, Tai Elemosho Okesanjo is the President, Omolara Tejumola is the Vice President, Bunmi Windapo is the Finance & PR director, Victoria Nike Adeleye is the Secretary-General, Yewande Anowo is the Deputy Sec –General, Bolaji Akingbile is the Social Secretary, Adebimpe Amodu is the Deputy Social Secretary, Molly Omolara Aina is the Chief whip ( UK), Bimpe Suleman is the Assistant chief whip, Iyalaje Bose Balogun and Adeola Farinde are on the board of trustees, BOT, others are Folashade Adebiyi who stays in UK, Olubunmi J.Oseni, Busola Okulaja Oshikoya, Omowunmi Bajulaiye, Efunbimpe Shonubi stays in the US, Olayinka Ogundimu, Princess Iyaewe Idowu Adeogun from Uk, Bunmi Ayuba, Ayo Orogun, Omowunmi Akinsomisoye, Alhaja Odunjo Ishola Olubunmi, Susan Eyo Ikpe from USA, Adaeze Nwankwo,

Govt hails compliance with restriction of motorcycles and tricycles