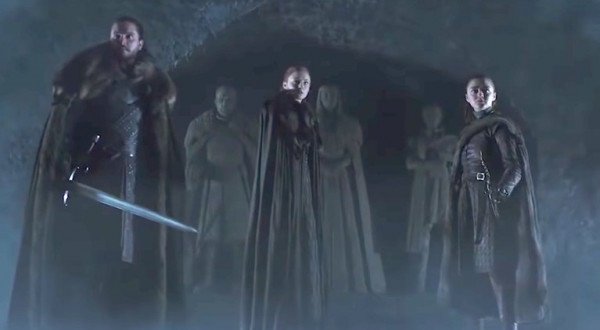 The hype for the “Game of Thrones” finale is real. The new teaser will make any fan of the franchise drool in anticipation of the final season.

The new trailer has been released, announcing that the show will premiere on April 14.

The trailer features three Stark siblings, Sansa, Arya, and Jon Snow. They’re in the crypt when the chill creeps in, forcing the last two to draw their swords.

It would make any fan desire to sleep and wake up on April 14.W