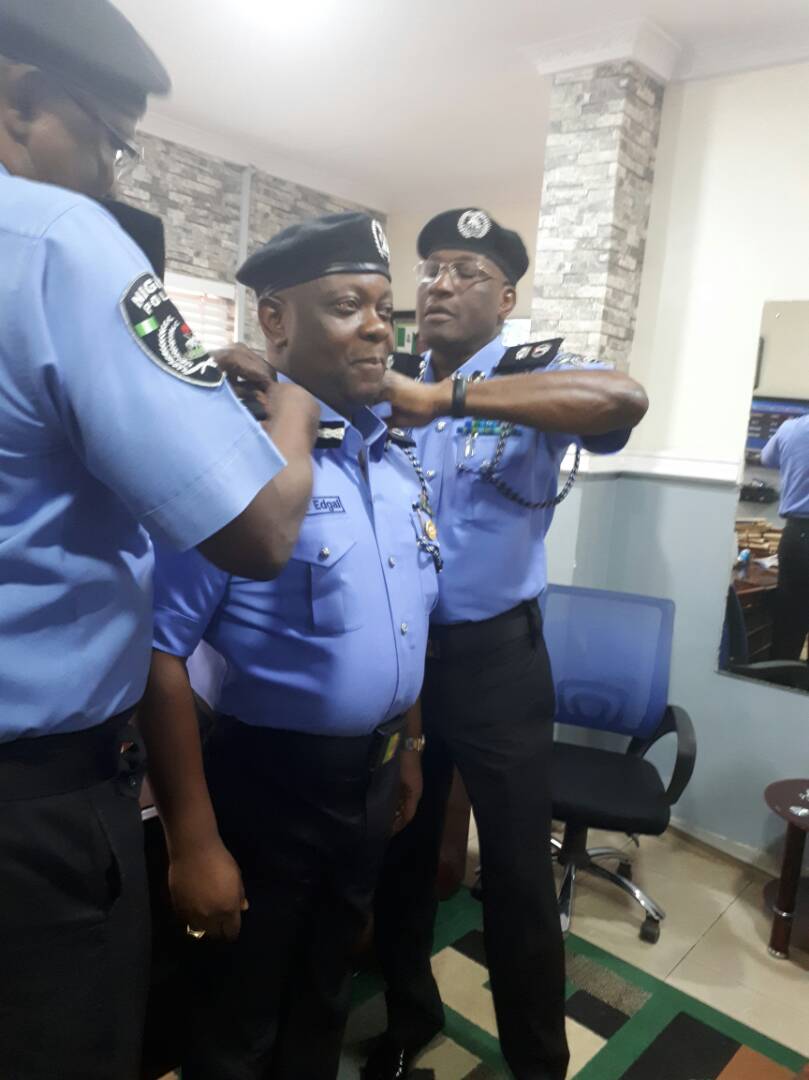 Its is no longer news that Lagos now has a new commissioner of Police A few days back, in line with the strategic restructuring and the quest to bring about effective policing in Lagos and Nigeria in general, the Inspector General of Police, Ibrahim Idris, posted Imohimi Edgar, as the new Commissioner of Police in-charge-of the Lagos State Command, following Edgar’s recent promotion by the Police Service Commission, (PSC).

The newly appointed CP, Lagos, Edgar, is a seasoned and cosmopolitan police officer, who has cut his teeth in his chosen career. Prior to his promotion, Edgar was the Deputy Commissioner of Police, DCP, in-charge-of Operations, in Lagos State, he played a prominent role at putting an end to the activities of the dreaded Badoo cult and kidnappings within Ikorodu and its environs.

Edgar was enlisted into the Nigeria Police, as a cadet Assistant Superintendent of Police, ASP, on February 2, 1986. He served in various commands and formations within the country in several capacities.

A 1984 graduate of Arts at the University of Jos, who went on to bag a master’s degree in Public and International Affairs at the University of Lagos in 2004, Imohimi is highly trained on Community and Intelligence- Gathering Policing. That was what enabled him to organise the first Community Policing summit in Ikeja GRA, Lagos State.

It’s on record that Edgar, who served as the Divisional Police Officer of Shomolu Police Division, Seme Police Division, Ikeja and Surelere Police Divisions, between the year 2003 and 2011, as a Chief Superintendent of Police, CSP, before he was promoted and appointed an Assistant Commissioner of Police, ACP, in-charge-of the Area A Command, Lagos, obtained a diploma in Police Science.

He also obtained a certificate of National Security for Nigeria Defence Intelligence, at the Centre of Strategic Studies, Galilee International Management Institute, Israel and the Defence Intelligence College, Abuja in 2015, which contributed to his appointment as the ACP in-charge-of the Intelligence at the Police Force Headquarters, Abuja.

An expert in Community Policing, Edgar attended several courses organised by the Department For International Development, DFID,  in the United Kingdom, in Lagos, Awka, Anambra States and Staff College Jos, Plateau State, making him Community Policing expert in Nigeria. In 2010, Edgar, as DPO, Ikeja Division, launched the first Community Policing in Ikeja Lagos State. He played host to security stakeholders in Ikeja, at Savoy Suite, GRA and lectured participants on how to assist the police on Community Policing.

Edgar is an intelligent police officer, who has been practising his lofty ideas and leveraging on his experience in bringing about law and order in Nigerian society.

HealthTalk: How You Can Cope With HYPERTENSION Or HYPOTENSION