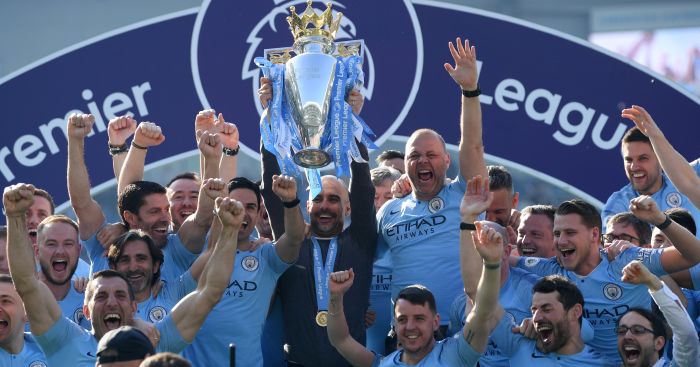 Tackling will be banned, pitches disinfected and players restricted to groups of five when the Premier League starts a first phase of team training.

Official protocols sent to players and managers on Tuesday and obtained by the BBC reveal that social distancing must be “strictly observed”.

Corner-flags, balls, cones, goalposts and even playing surfaces will be disinfected after each session.

Under a section titled ‘health screening’, players are also told a central register of Covid-19 test results (subject to their consent and Professional Footballers’ Association agreement) will need to be maintained.

They are also informed that “although Covid-19 will lead to minor illness in the majority, there are additional aspects of this infection that must be considered prior to players resuming high-intensity or high-volume exercise”.

Specific assessments that may be considered for players who contract the disease include tests for any heart or lung complications.

Recommended “control measures” include “meticulous personal hygiene and use of PPE [personal protective equipment], no congregation in communal areas, including but not limited to medical rooms and gym areas”.

Under further stringent rules, players are told they cannot share transport with anyone to and from the training ground, and vehicle interiors should be cleaned regularly. Team vehicles and public transport should not be used.

Players are being consulted on proposed medical protocols for a return to training by the PFA. They have been given a condensed version of a 40-page document for them to digest.

The BBC understands the PFA has heard from a number of players, especially those who have underlying health conditions like asthma or who are from black and minority ethnic (Bame) backgrounds, that they have real concerns about returning to playing.

Black men and women are nearly twice as likely to die with coronavirus as white people in England and Wales, according to the Office for National Statistics.

On Wednesday, there will be a meeting between players, the Premier League, medical staff and the PFA.

New Rules As Premier League Sets For Resumption was last modified: May 13th, 2020 by Damilare Salami