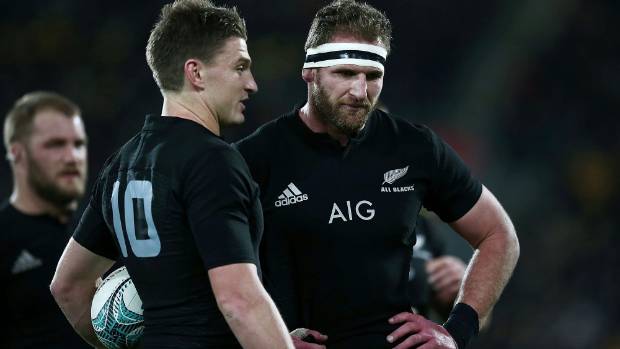 The All Blacks made history in their shock defeat to South Africa on Saturday – and now hold an unwanted record.

There were quite a few remarkable statistics thrown around following the Springbok’s 36-34 victory at Westpac Stadium.

The Springboks made 235 tackles in the match compared to the All Blacks’ 61 – a difference of 174, while holding just 25 percent of possession.

It was also 3290 days between South African victories against the All Blacks in New Zealand, but another key stat was that the All Blacks became the first tier one side to score six or more tries in a losing effort.

It’s a feat they share with seven other sides in the history of test rugby.

The overall record is eight tries scored by Namibia in a 57-54 defeat to Madagascar in 2012.

The All Blacks’ previous highest try tally in a losing effort was four, which they achieved on three occasions including the Chicago test against Ireland in 2016.

The All Blacks have set an impressive try-scoring run in 2018 with 43 tries in seven games (29 of which have been converted).

They are averaging more than six tries a game through their opening seven tests of the year with the most they have ever achieved in a calendar year being 81 back in 2003 when they averaged 5.78 a test.

Most tries in a calendar year