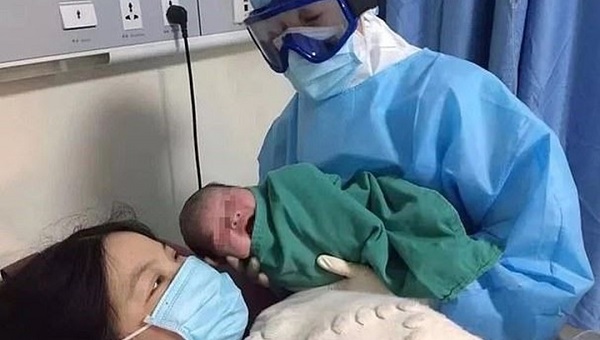 A 30-hours-old Chinese baby has become the youngest coronavirus patient, having tested positive shortly after its infected mother put to bed.

There’s been widespread disturbance about coronavirus in recent times: the rising death toll, serial travel bans among countries, and the global scamper towards creating a vaccine.

According to BBC, the infant, who was born on Sunday in Wuhan, the epicentre of the virus, was found to have been infected with the disease after he was tested.

Yet, medical experts stated that this doesn’t confirm speculations that the disease spreads through the womb as it’s uncertain if the disease wasn’t transmitted from the mother after birth.

Ever since the disease broke out in Wuhan, the coronavirus has killed 565 people and infected 28,018, mostly involving only a handful of children.

It was gathered that the infected Chinese baby weighed 3.25kg at birth and has now been put under observation.

According to reports, a six-month-old child from Singapore is known to have tested positive for the dreaded disease as well as an eight-year-old from Wuhan who is currently in Australia.

The World Health Organization (WHO) had declared the outbreak a global health emergency, with Tedros Ghebreyesus, its chief, appealing for $675 million to fund a three-month response plan.

Amid global efforts to combat the disease, coronavirus cases have been confirmed in Canada, France, Germany, Japan, South Korea, Sri Lanka, Taiwan, the US, among other countries.