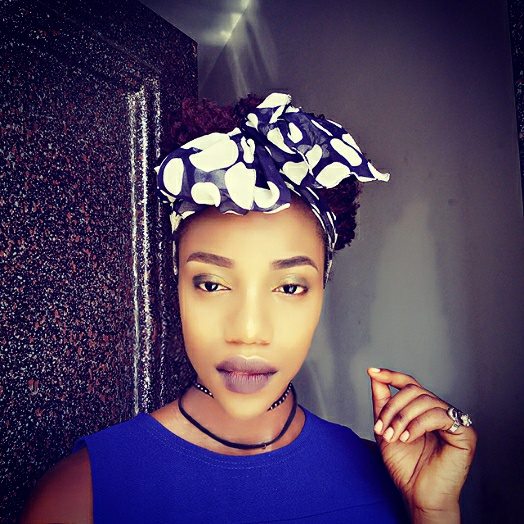 A Nigerian woman, Ifeoma Vivian Emeka who some days ago used an electric iron to remove a tattoo on her body after reportedly becoming born again is in the news again. 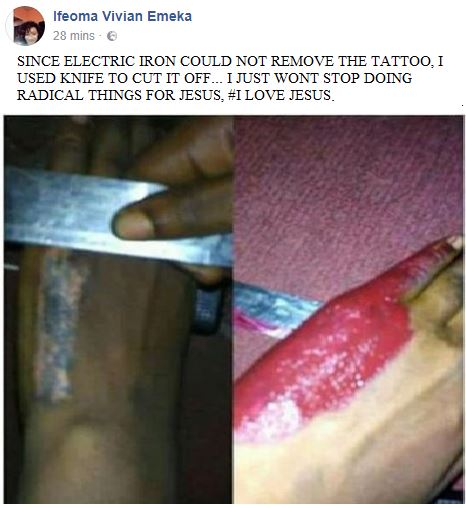 Ifeoma who has been accused by Nigerians of looking for cheap attention has reportedly used a knife to scrap off tattoo on her skin. She took to Facebook to share the photos but was lambasted by angry Nigerians. 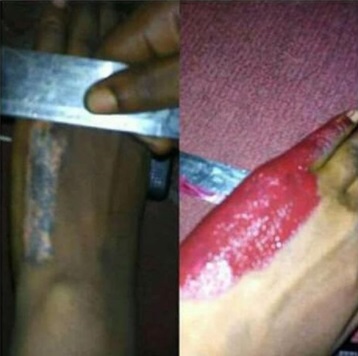 She wrote: “Since electric iron could not remove the tattoo I Used knife to cut it off… Just wont stop doing radical things for Jesus I Love Jesus.”
Newly Born Again Nigerian Woman Uses Knife to Scrap Off Her Tattoo for Jesus (Photo) was last modified: November 28th, 2017 by Arinze Ago

Why We Set up APDA During PDP Crisis – AIT Founder, Raymond Dokpesi Reveals