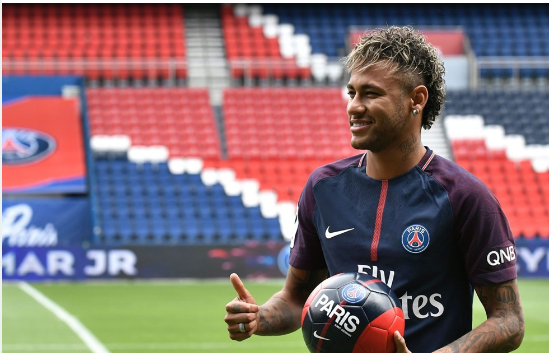 Paris Saint-Germain coach Unai Emery insists he is not concerned about Neymar’s lifestyle after the Brazilian superstar was photographed at a Paris nightclub in the early hours of Sunday.

“Outside of his work, his football, he can enjoy himself with his friends,” Emery said on Tuesday, at a press conference ahead of Wednesday’s Champions League meeting with Celtic at the Parc des Princes.

“In training he is great. He is young, and he also needs to go out, but he is still responsible.”

Neymar was pictured at a nightclub in the Paris suburbs attending a private concert held by the American rapper Tyga, according to a report in Le Parisien.

Earlier he had played 90 minutes in PSG’s 4-1 win over Nantes.

The world’s most expensive footballer has suffered a dip in form and there have been concerns about his love of a party, which he documents on his Instagram feed with more than 84 million followers.

There have been regular media reports in recent weeks that Neymar, 25, is struggling to settle at PSG since his August move from Barcelona, with stories of rifts with team-mates and disagreements with Emery.

But PSG’s Spanish coach added: “It is important to maintain a high level, but the younger players also need to spend time with their friends.

“He has the responsibility to rest up on Sunday. He was back with us yesterday and for tomorrow he will be fine.”

Neymar has scored in each of PSG’s four Champions League outings. The French club have taken maximum points and qualified for the last 16 with two games to spare.

They top Group B with 17 goals scored and none conceded, and another victory against Celtic — who are already eliminated — could see PSG clinch top spot before they go to Bayern Munich next month.

“We want to demonstrate that we want to go very far in this competition. We did that when we went there,” added Emery, with reference to PSG’s 5-0 win in Glasgow when the sides last met in September.

“Celtic are still a good side, with international players who are used to winning, so this will be a difficult game.”

Belgian full-back Thomas Meunier could return for Paris but Thiago Motta is out. The veteran midfielder has undergone surgery in the United States to clear up a knee problem.

With Motta likely to be sidelined for a while, PSG have been linked with a move for young Brazilian midfielder Wendel, 20, of Rio de Janeiro side Fluminense.

Neymar Free To Enjoy Himself Outside Football – Emery was last modified: November 22nd, 2017 by Damilare Salami