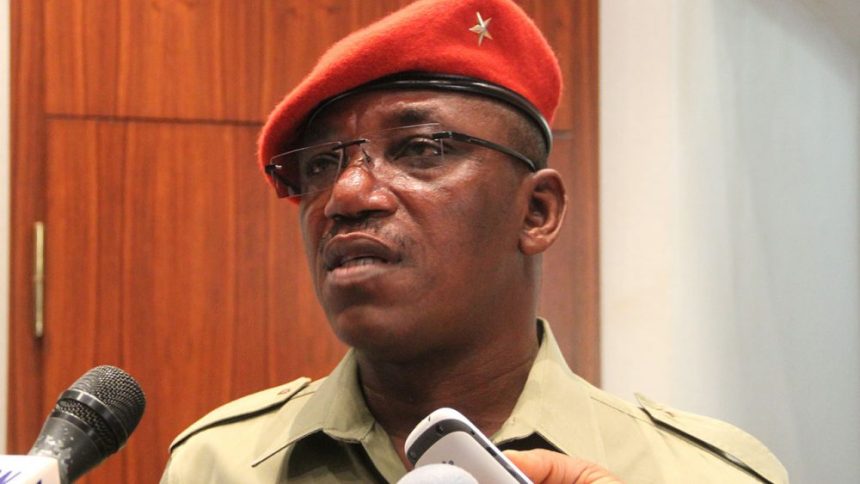 The crisis in the Nigeria Football Federation (NFF) seems to be far from being over after the Minister of Youth and Sports, Solomon Dalung, stated that nothing has changed because of the Supreme Court ruling and orders of the Federal High Court in Jos on the NFF leadership crisis between Amaju Pinnic and Chris Giwa on April 27, 2018.

Mr Dalung said in a statement on Monday that the status quo remains despite the invasion of the Glass House by security operatives and the return of the Pinnick led-board to the NFF secretariat.

“As far as I am concerned, nothing has changed. There is no development after the Supreme Court ruling of April 27, 2018 and the Federal High Court Order of 5th June 2018 because the court has not vacated the order,” he said.

“What happened in the NFF today is security excesses but it will be sorted out. The Federal government is urging members of the public to remain calm as it is doing its best to resolve the crises in the Nigeria Football Federation.

“The Ministry of Youth and Sports Development has already initiated a process of trying to bring the stakeholders together, to work out a roadmap out of this quagmire. The Stakeholders’ meeting billed for Tuesday, July 24, 2018, will still go ahead as planned.

“We want to assure Nigerians that Government is sorting out the grey areas but nobody should drag the name of the President of the Federal Republic of Nigeria into this. The President is an advocate of the Rule of Law and he cannot be associated with the security excesses of a breach of the Rule of Law.”

Mr Dalung urged the civil servants concerned to remain calm and go about their normal duties.

The Pinnick-led NFF had earlier in the day thanked President Muhammadu Buhari for ”intervening in the NFF crisis”.

“We cannot thank His Excellency enough for his action in restoring order to the Football House. By this single action, our President has restored hope to millions of Nigerian youth and the not-so-young who are involved in one way or the other in the football business. Now they can live and breathe their favourite game once more.

“All plans and programmes of the various National Teams will proceed accordingly, and we also believe the League Management Company will now put arrangements in place for the resumption of the Nigeria Professional Football League,” NFF General Secretary, Mohammed Sanusi, was quoted as saying in the statement issued by Ademola Olajire on Monday.