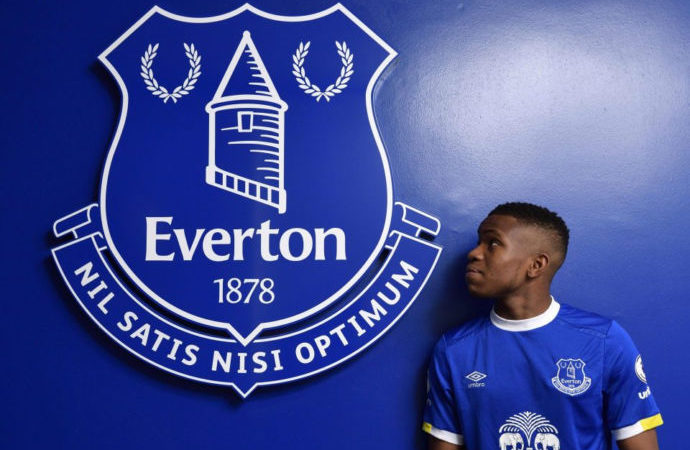 The Nigeria Football Federation (NFF), is optimistic they can convince Everton’s new boy, Ademola Lookman, to play for the Super Eagles.

Lookman was born in Southwark and has played for England’s U19 and U-20 teams.

NFF’s Technical Director, Bitrus Bewarang, says the 19-year-old is in their immediate plans and a call-up to the senior side may be imminent.

“The Super Eagles coach has been combing Europe for youthful players and players on current form who are playing for their clubs,” Bewarang told reporters.

“We will soon start the African Cup of Nations qualifiers, most of these players will be exposed. We are taking the AFCON and World Cup qualifiers seriously.”

He added: “I saw Lookman against Manchester City, he scored a beautiful goal. We are taking note of him because he can be called up.

“Selection is done by the coach, we will try to draw his attention to the player if he doesn’t know him already.

“We have to talk to him and convince him to play for Nigeria, it’s a good development for Nigerian football.”